Over 100 students from San Ignacio graduate from GREAT program 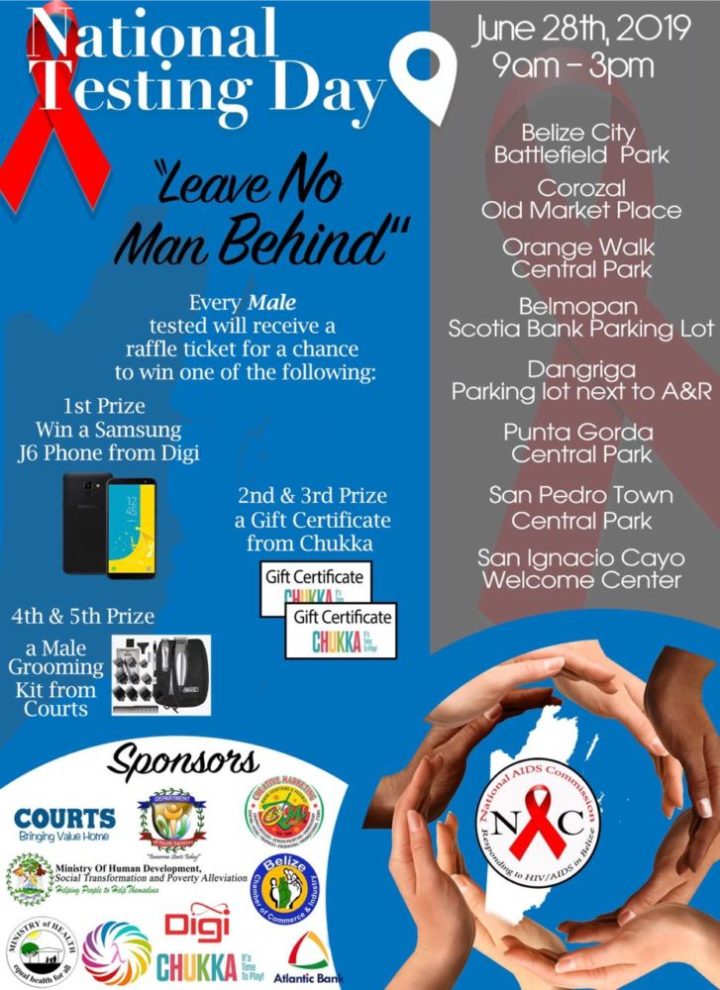 By BBN Staff: The National AIDS Commission (NAC) and its partners in the national HIV response are coming together for the Second Annual National Testing Day event, being held under the theme “Leave no man behind”.

Anellie Paredez, Communications and Programs Officer for the (NAC), explained that the event is geared towards getting as many people to know their HIV status as possible, but places a special emphasis on men which is the group that has traditionally had a lower turnout when it comes to getting tested.

Every man tested will receive a raffle ticket for prizes which include a cell phone from Digi, tickets for tours sponsored by Chukka, or male grooming kits from Courts.

There were 1,753 persons tested at that event and the NAC is aiming to surpass that amount this year.