The Swallow Caye murders – Was it lobster turf or drug related?

Belize brings home silver and bronze from Taste of Caribbean

New Tax Department must be fair and balanced, say Senators 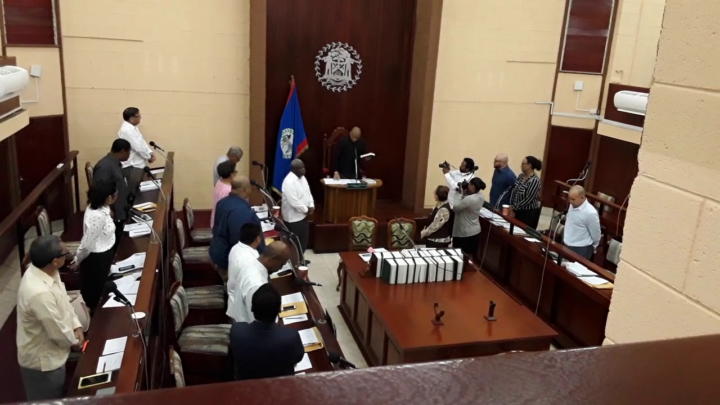 By Aaron Humes: The Senate is expected to approve the Bill establishing an amalgamated Income Tax and General Sales Tax Department after debate today.

Former Minister of State for Finance and currently Labour, Dr. Carla Barnett, said the idea is not new – it existed from when she was Financial Secretary some time ago.

The emphasis is on efficiency and reform of tax schemes, hence the complement of staff will not be increased, said Dr. Barnett.

The Customs Department is not presently included as it has duties beyond tax collection, including border protection.

Concerns were raised about the confidentiality of banking information. Dr. Barnett says information is exchanged across borders to avoid local tax avoidance.

Opposition leader Senator Michel Chebat warned of limiting recourse to the courts, but as always, Attorney General Michael Peyrefitte said the system depends on being honest – if as reported by Business Senator Mark Lizarraga and NGO Senator Osmany Salas, as many as 30 percent of businesses are refusing to pay taxes, they must be reported to be dealt with.