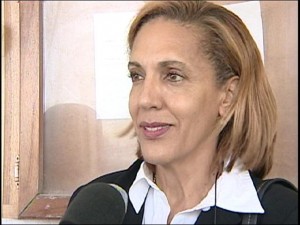 By Aaron Humes: Ambassador Lois Young, Senior Counsel and Belize’s permanent representative to the United Nations, has written in the Financial Times that those countries currently blocking the progress of implementing the 2015 Paris Agreement, which seeks to keep the average global temperature increase below 2 degrees Celsius, must “step aside” and stop risking the security and safety of smaller nations such as Belize.

As Europe swelters in 100-degree-plus heat, Young, as chair of the 44-member Alliance of Small Island States (AOSIS), is in Bonn, Germany, where she writes that of the more than 200 countries present, “there are a few who wish to quietly use procedural measures to rip [the 2015 Paris Agreement] up away from the public gaze.”

According to Young, the Intergovernmental Panel on Climate Change (IPCC) special report, which warns of brutal damage to coral reefs, global crop failure, sea level rises locked in for centuries, and significant economic impacts even if the average temperature rise stays at 1.5 degrees Celsius, has been dismissed and ignored by countries with major oil, gas and coal interests.

Young writes, “The move essentially declares that small islands and low-lying coastal developing states like my home, Belize, are disposable global zones to be sacrificed amid unprecedented climate change. Their refusal to formally consider the IPCC report, which was established as a critical next step in the Paris Agreement, undermines the basis on which the community of nations engage on and respond to climate change-induced challenges. It is a rejection of multilateralism and the 1990 UN climate framework, which was originally agreed by a Republican US president, George H W Bush, in a more hopeful era when we envisaged the start of a new history.

She argues that there is no longer enough time to debate the science of climate change – it is now time to act. “We are at a moment in history where we can and will go one of two ways: towards climate disaster or a safer planet for all… Do the world leaders really mean to tell us, the most vulnerable nations on the planet, that this is the new reality we must accept? This is an emergency and we will stand up and fight for what we know is right.”

In 2017, U.S. President Donald Trump announced its withdrawal from the agreement, to take effect on November 4, 2020, a day after he faces re-election. If successful the U.S. would be the only country opposed, though opponents say it saves jobs and keeps America sovereign. Nearly every other country including Belize has pledged support to keeping the Paris Agreement.