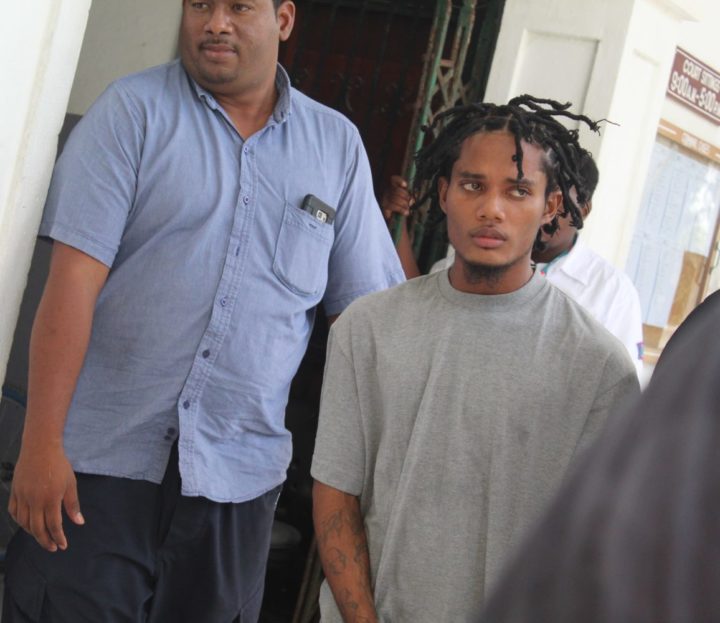 By Aaron Humes: He is soon to be a father, but a confluence of circumstances has landed 20-year-old Marvin Philips behind bars and almost cost his family $16,000.

Philips is accused of belonging to the George Street gang, which he denies. He was arraigned on June 10 and was granted bail on June 21 by Supreme Court Justice Marilyn Williams of $8,000 and two sureties.

Philips was ordered on curfew between 8 p.m. and 6 a.m. at the Armadillo Street residence of his mother, Martha Philips, and he was to avoid arrest on other offenses while out on bail.

But it all unraveled three days later when a police officer responding to a shooting incident on Kraal Road was directed to another, different Armadillo Street residence where Philips was found with his girlfriend, who is four months pregnant.

An emotional Martha Philips told the court that Philips’ girlfriend gave him the good news the same that day she and his father signed for his bail, and an excited Philips decided to move out of Martha’s house to live with her.

When police visited the Armadillo Street residence where Philips was found, they found nothing incriminating on him, but still detained him. A check of their records uncovered the arraignment and bail grant, of which he was deemed in violation.

In court, Marvin Philips could only come up with $4,000 to repay and the court ordered him remanded until he could pay the full amount.

In practice, violation of bail means confiscation of the entire amount including sureties, and that meant Marvin’s parents were also on the hook. Attorney Oscar Selgado stepped up to provide legal assistance, and the next day, Friday, June 28, convinced the court to forfeit the sureties.

Marvin Phillips is due back in the lower court on August 9, 2019, where he is expected to be provided with disclosure in his pending case of being a member of a gang.