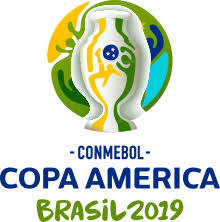 By BBN Staff: Belizean football fans were glued to their television sets on this Tuesday night as two (2) of the countries with a very large Belizean fan base clashed tonight in the semifinal of the 2019 Copa America. In the end, Brazil triumphed over Argentina 2 goals to nil.

The game did not disappoint fans from either side as it was an intense match-up between these two (2) South American rivals. It as filled with great plays and some tough tackles; no one can deny that the game was not entertaining.

Argentina was out of luck as two (2) of the its balls to goal hit the post and the crossbar, denying them of that elusive goal. Brazil, on the other hand got their first goal in the first half when Gabriel Jesus professionally scored a low pass set up by Roberto Firmino.

In the second half, Gabriel Jesus received the ball on a counter attack and returned the favour, delivering a great pass to his teammate, Firmino, who buried the second goal for Brazil.

Lionel Messi is no doubt the best player in the world in the last decade. However, he has not been able to win an international crown for his country. With tonight’s loss, Brazil effectively closed the door on another opportunity for Lionel Messi to deliver for his country. With Argentina’s improved performance tonight though, time will tell whether Messi’s Argentinian teammates will step up to the plate and join him in a last few attempts to earn that elusive international trophy for Argentina.

Peru and Chile will play the other semifinal game on Wednesday, 3rd July, and the winner will go on to play Brazil on Sunday, 7th July.