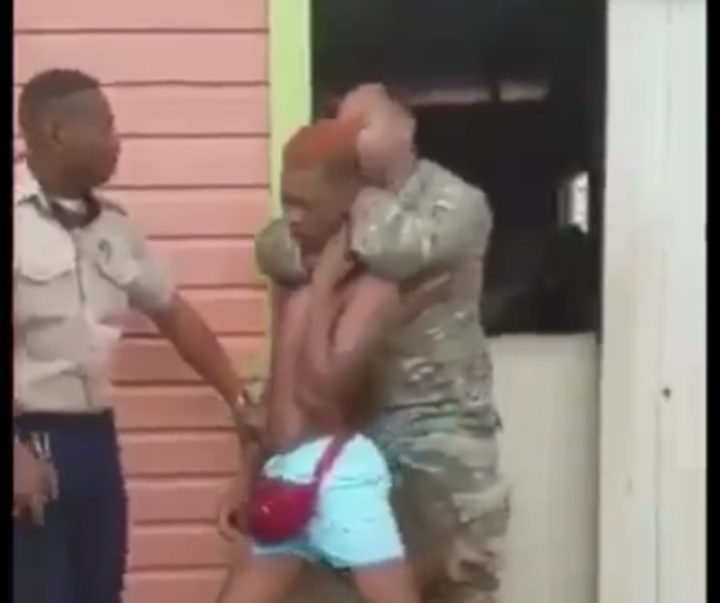 By BBN Staff: The Belize Police Department is carrying out two separate investigations, one criminal and one disciplinary into a heated brawl that occurred on a boat in Caye Caulker over the weekend.

The brawl, which has now dominated traditional and social media, shows a man having an altercation with two women before the incident escalated into violence. Another video shows the man being placed in a chokehold by a police officer and is slapped by another when he passed out.

Police Deputy Commissioner of Operations, Edward Broaster, said that the investigations are being handled by Caye Caulker police and the Professional Standards Branch of the police department.

“As it pertains to the choke hold, we have not sanctioned that particular defense technique. Nevertheless, the officer that hit him after will be dealt with disciplinary action.”

Broaster also addressed allegations that the choking of the man, who was identified as Police Constable Ralph Gillett, amounted to a hate crime because of the assertion that Gillett is a member of the LGBTQ community. Broaster stressed that police made several interventions in
an attempt to neutralize the situation and had to subdue Gillett for being belligerent.