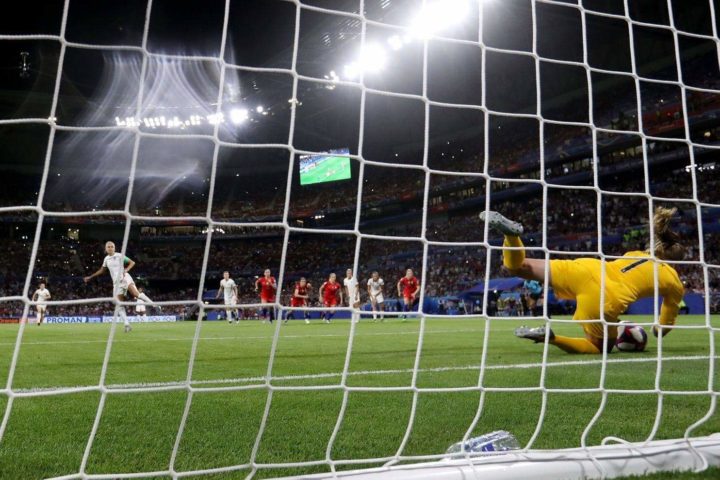 By Aaron Humes: The United States women’s national football team is headed to another World Cup final after defeating England 2-1 this afternoon in Lyon, France.

The US team was the favorite and despite a frantic first half, they took an early lead in the game. The US team extended their record of scoring in the first 12 minutes of each of their 2019 world cup game with a tenth-minute header by Christen Press. She replaced the experienced Megan Rapinoe, who is currently injured and whose absence was cause for some level of uncertainty by the US side.

The equalizer for England was scored by Ellen White in the 19th minute but the USA took a deserved 2-1 lead when star striker Alex Morgan shook the net in the 31st minute.

England had two good chances to score in the second half. The first was another goal scored by Ellen White but the video assistant referee (VAR) review ruled it as marginally offside. In the 84th minute a penalty shot taken by Steph Houghton was saved by the US goalkeeper, Alyssa Naeher.

England finished the game with ten players as centre-back Millie Bright was sent off when she received her second yellow card.

The wait goes on for England’s national womens team, commonly known as the Lionesses, and indeed any senior England side to reach a football final in recent history. The Lionesses were eliminated at the quarterfinal stage for a third major tournament in a row.

Sweden and European champions, the Netherlands, meet on Wednesday for the other final spot. The winner will meet the US on Sunday, while England face the loser for third place on Saturday.