Breaking: Body found in Cayo; Police are currently at the scene

US and Belize mark 38 years of bilateral relations 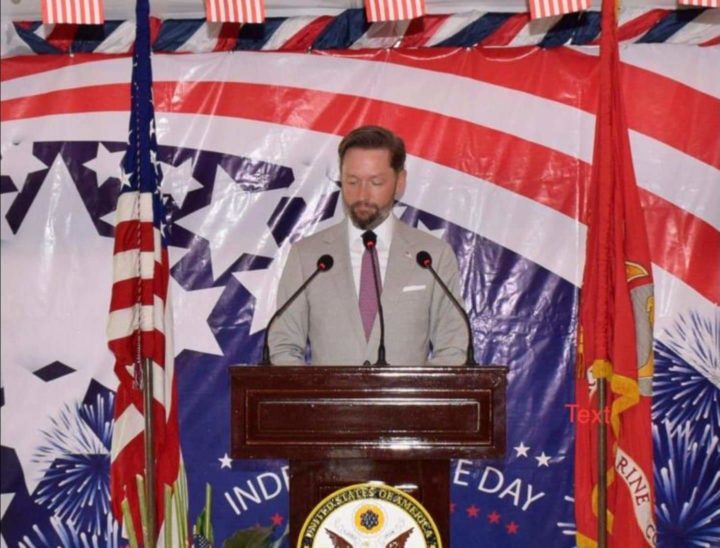 By BBN Staff: As the United States marks the 243rd anniversary of its independence, it also marks some 38 years of bilateral relations with Belize.

Since Belize’s independence, the countries have had friendly relations, with ever-increasing cooperation in areas such as trade, regional security, and migration.

Keith Gilges, Chargé d’ Affaires of the United States Embassy in Belmopan highlighted several of the most recent milestones in bilateral relations between the two countries, at the US Embassy’s Independence day celebration earlier this week.

“This 38th year of U.S.-Belize relations was a remarkably productive one. We signed our first bilateral Open Skies Agreement, which will expand opportunities for air travel and commerce. We are cooperating on Belizean and regional border security at an unprecedented level,” Gilges said.

He also noted that the US and Belize recently inaugurated a Court-to-Prison Video Link system, which emphasizes the strong law enforcement and justice sector cooperation.

There are around 30,000 US citizens who have made Belize their home, and even more Belizeans living in the US.

Trade wise, the US remains one of the major importers of Belizean goods, importing some $90.6 million of Belizean merchandise in 2018. This accounted for fo 22.7 percent of the total exports last year. However, that number is eclipsed by the US’s contribution to the services sector, which accounts for more than half of Belize’s Gross Domestic Product (GDP), through the tourism industry.

Data from the Belize Tourism Board (BTB) shows that visitors from the US make up the bulk of tourists coming to Belize, with over 320,000 visitors in 2018 alone.

Gilges said that the US remains committed to working with Belize to improve on these areas of cooperation.