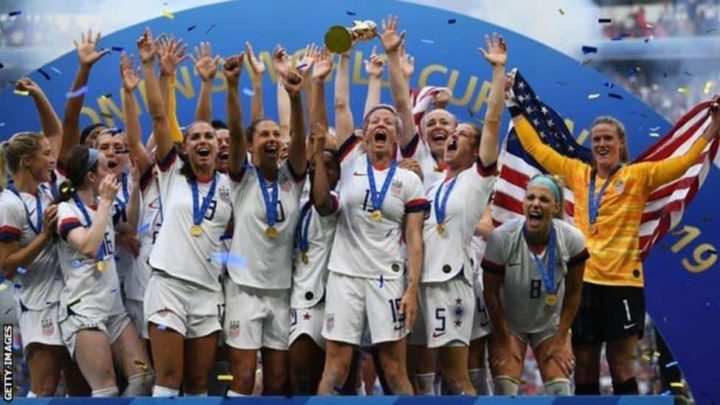 By Aaron Humes: For the fourth time and first back to back since 2007, the United States women’s national football team are world champions.

The US team played a difficult first half in Lyon to win 2-0 against a Dutch side who were staunch in defense but offered little in attack.

Megan Rapinoe, team captain, scored from the penalty spot in the second half after a Video Assistant Referee (VAR)-spotted a foul on Alex Morgan in the 18 yard box.

Rapinoe’s goal is her fiftieth goal for the U.S. national team and sixth of the 2019 world cup, assuring her the Golden Boot for best player.

Rose Lavelle added an excellent second goal from a solo run eight minutes after the penalty to seal the win.

According to FIFA’s President, Gianni Infantino, on the back of increased viewing he wants 32 teams in the next cup and expanded investment in the women’s game.

But for now, it’s celebrations for the U.S. women and a visit to President Donald Trump at the White House. Later, the men’s side seek the CONCACAF GOLD Cup against Mexico at 8:15 P.M. Belize time on Fox Sports 1 as opposed to FOX.

In a small way BBN has contributed to increased awareness and promotion of women’s football by reporting on the 2019 Women’s World Cup.