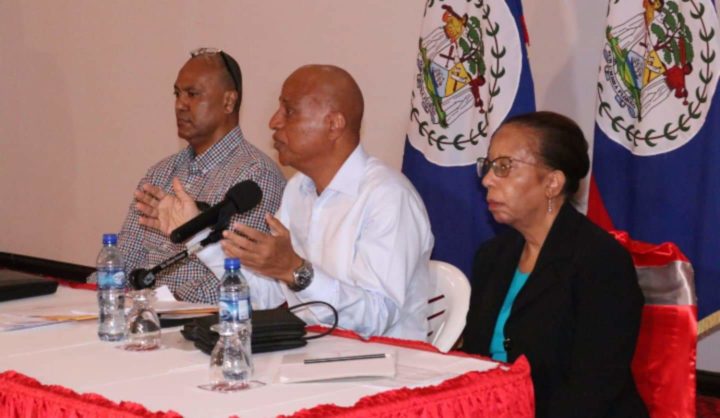 By BBN Staff: The document, a 50 page FTC court paper, among other allegations, claimed that Barrow met with Andris Pukke in 2014 along with other Sanctuary Bay proponents; a claim Barrow categorically denied during his press conference. Barrow would not go so far as to say the FTC lied, but said the allegations made by the American agency were absolutely untrue.

Barrow said the parts of the FTC document, which indicated he had met with Sanctuary Bay’s primary architect, Pukke, in 2014 were totally false. He added, however, that even if the FTC’s allegations were true, none of it would constitute any wrong doing in his part as meeting with the Sanctuary Bay developers and listening to them would not have equated any involvement on his part but stressed that no such meeting took place.

The FTC documents also alluded that Barrow may have had a stake in Sanctuary Bay, potentially having an interest in land though his name did not appear on any land documentation. Barrow, however, says the claims against him are simply not true and shared that the FTC’s documents were filed before a settlement was reached between AIBL and the FTC, which the Prime Minister announced two weeks ago in the House of Representatives.

PM Barrow went on to say that the terms of the settlement could not yet be disclosed and added that Belizean need not worry that and money from government coffers will be spent to satisfy AIBL’s financial obligations. He added that the settlement has been finalized and is awaiting only approval from the FTC’s commissioner.

Barrow acknowledged the legal work done by his law-firm, Barrow & Williams, for principals of Sanctuary Bay but noted that all services offered by his firm were legal and within the scope of common legal practice. He said that the FTC’s claims were filed in a submission dated June 10th, before the settlement was finalized. He added that the claims made by the FTC were an attempt to cast aspersions on Belize’s legal system in order to oppose a request from AIBL to have the matter heard in Belize and adjudicated by the Central Bank.