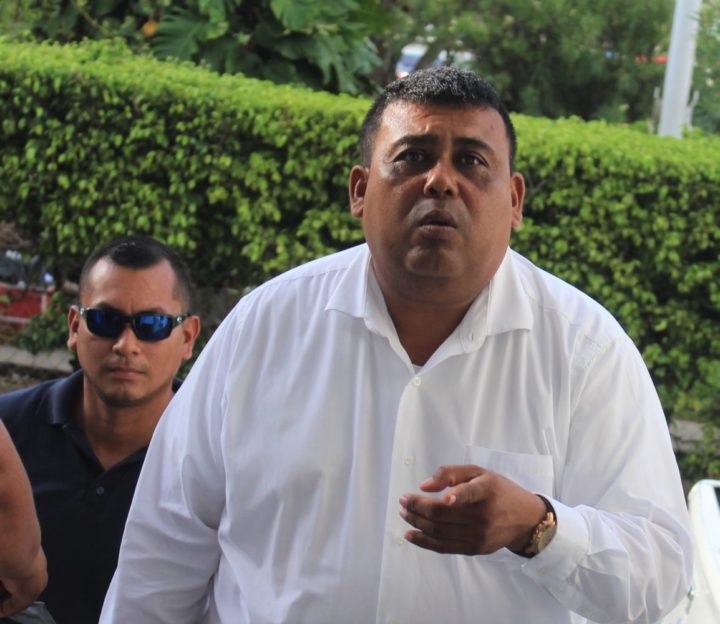 By Aaron Humes: Tonight, well-known and prominent attorney at law, 49-year-old Oscar Selgado, is in police custody after a late arraignment, and although he was offered bail he was unable to meet it today.

Selgado faces a charge of abetment to commit murder, as he is accused of soliciting the commission of a woman’s murder by approaching another man in February of 2019. No further details have been provided.

The attorney at law was arraigned at 5:20 this evening at the Belize City Magistrate’s Court before Senior Magistrate, Tricia Pitts-Anderson.

The Director sought remand but Panton successfully argued that Belize’s law allows abetment to commit murder as an offense for which bail can be granted while awaiting trial. Bail, however, cannot be granted for murder, attempted murder and conspiracy at the lower court level. In the Supreme Court where cases such as this can be tried considers the merits for bail on a case by case basis.

While Senior Magistrate Pitts-Anderson said she noted the objection by the DPP, she is mindful that the act did not list abetment to murder as one of the offenses, so she could grant bail. Pitts-Anderson then granted bail after taking this into consideration.

Bail for Selgado was set with conditions in the sum of $10,000 plus one or two sureties of $5,000 each. But with the court offices closed at five, he is being held at the Queen Street Police Station until tomorrow morning, Tuesday.

According to Panton, they were in a manslaughter case upstairs before Justice Collin Williams up to around four in the evening, but Criminal Investigation Branch police were also in court and quickly detained him around 4:20, taking him to Queen Street to be charged, and back to court just before five.

Selgado must report to the police precinct on Fabers Road twice a week, Mondays and Fridays, between 6 a.m. and 6 p.m. and must stay away from both the accuser and other prosecution witnesses, as well as not leave the country without the court’s permission. His next appearance will be September 13th, 2019.