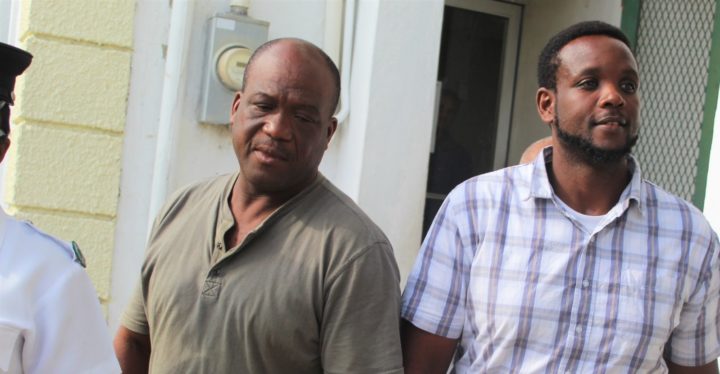 By Aaron Humes: Police officers, Hallet King, and Leonard Nunez are convicted of manslaughter by a jury of nine following deliberations on Monday in the Supreme Court.

King and Nunez were originally charged with murder in the death of 18-year-old Hilberto Sotz, who was badly mistreated in a holding cell at the Caye Caulker Police Station, while he was being detained for questioning about a burglary. He was allegedly brutalized by both officers, and he died from a heart attack, which resulted from being beaten in the head.

At trial, a key witness for the Crown was a man who was also detained at the police station at the time when Sotz was killed. He testified that he heard when Sotz was being beaten. He said that he also saw when the officers brought Sotz out of the holding cell by the hands and the feet and that Sotz appeared unresponsive.

The court also visited the police station where Sotz died as part of the trial.

The officers denied involvement during testimony but the jury returned a guilty verdict after four hours of deliberation.

Before the verdict, both men were out on bail, and so they were taken into custody, where they will remain until August 6th, when Justice Collin Williams will pass sentence.

The conviction of lawmen for causing the death of a suspect is considered rare.