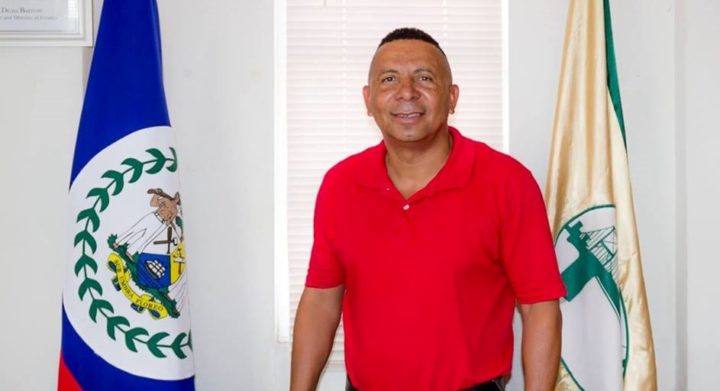 According to reports, the Mayor of San Ignacio and Santa Elena, Earl Trapp was at home with his wife when around 9:48 pm, his wife Cladeth Trapp woke him and told him that police officers were looking for him.

Trapp said that he went to his door and saw 3 young dark-skinned men dress in full camouflage military-type suits.

Trapp then opened his door and immediately one of the men shoved him to the floor and told him that he was being placed under arrest.

Trapp told police that he started to fight back with 2 of the men as they tried to tape him up with a silver duct tape while the 3rd man held his wife at gunpoint.

After about 5 minutes of struggling inside the hall area with the men, one of the men left and went inside Trapp’s room and came out with a brown safe box measuring 2×2 feet containing an undisclosed amount of US and Belizean currency in cash.

The men then escaped in a red SUV type vehicle that was waiting for them in front of the house.

Mayor Trapp sustained an injury to his face and his wife was not injured.

The Mayor was taken to the San Ignacio Community Hospital where he was treated and released. His injuries were classified as wounding.