“El Chapo” gets Life in Prison 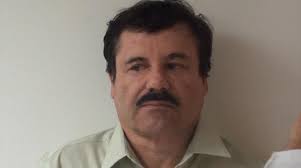 By BBN Staff: Mexican drug lord, Joaquin “El Chapo” Guzman was sentenced to life in prison plus 30 years this morning in the United States of America.

In February, the infamous drug lord was found guilty of 10 charges including drug trafficking and money laundering.

In 2016, El Chapo escaped a Mexican prison through a tunnel but was later re-arrested and then extradited to the US in 2017.

El Chapo is the former leader of the Sinaloa cartel, which is believed to be the largest supplier of drugs to the US.

Just before his sentencing this morning, Guzman said that being held in the US had caused him “psychological, emotional, mental torture 24 hours a day”.

Key witnesses in the trial stated that Guzman had tortured the cartel’s enemies.

In addition, El Chapo said that the trial was unfair.

It has long been speculated that El Chapo had connections in Belize and used Belize as passage for large amounts of drugs and wet drops.

On July 11, 2019, Juan Ulises Galvan Carmona also known as “El Buda”,  believed to be an operator for the Sinaloa Cartel was murdered in Chetumal.

El Buda was believed to be El Chapo’s head of operations for narco-landings in Belize and Mexico.

Carmona was an associate of a man known as ‘El Checo” who was a significant operator of the Sinaloa cartel for the transfer of drugs from Central and South America to Mexico.

It is believed that Carmona’s arrival to Chetumal, Quintana Roo is linked to the increase of landing of narco-aircrafts in Belize and Mexico.

According to a report from Insight Crime, new faces are taking over the drug trade in the Central and South American region.

Insight crime referred to 2 feared capos who have emerged as the new kings of drug trafficking.

Reports indicate that after the capture of El Chapo, El Mayo established himself as the head of the Sinaloa cartel.

The World Fact Book of the Central Intelligence Agency (CIA) lists Belize as a ‘major transshipment point for cocaine and offshore sector money-laundering activity related to narcotics trafficking and other crimes’.