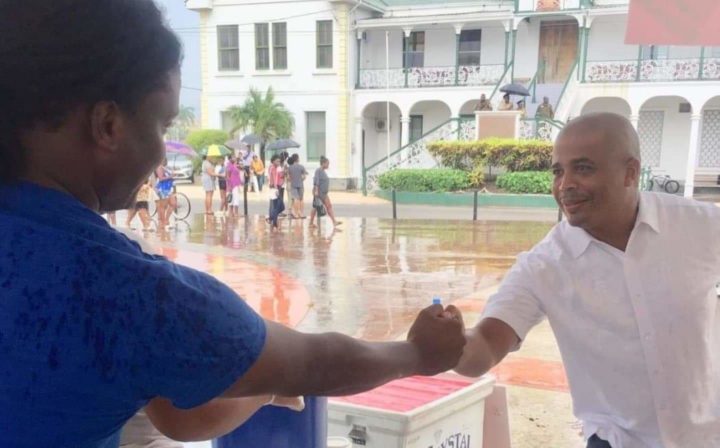 By BBN Staff: Yesterday Belize City Councilor Micah Goodin announced he had raised $10,000 via barbecue sales for his scholarship fund.

Today he shared even more positive news via social media.

He wrote, “We will now be able to assist 40 Belize City university students with partial scholarships in the upcoming school year.”

“I am in tears. To the young people of Belize City this is for you,” he added. “We promised we would wage war for you and we are doing just that.”

In his post, Goodin thanked Mayor Wagner for his continued support.

“Mayor Wagner has always been concerned with the future of young people even when he was at the Belize Bank,” Goodin told us.

At the start of next month, Goodin and his team will host an award ceremony with the awardees of the partial scholarships.