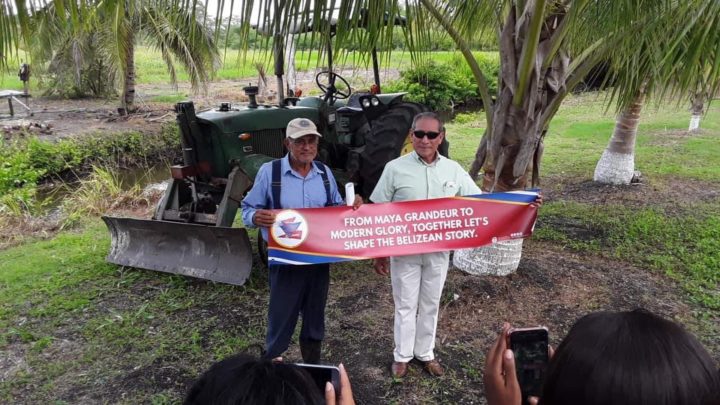 By Aaron Humes: Belize’s biggest party has a theme spanning its history.

Escalante, surprised this morning at his farm, said he hadn’t expected to win but credited his wife with helping him come up with potential themes for an hour or so at home.

Their reward is a thousand dollars and a trip to Punta Gorda Town in September for the official opening of the September Celebrations.

But what goes into the making of a theme summing up the spirit of September?

National Institute of Culture and History President and co-chairman of the National Celebrations Commission, Sapna Budhrani, says they try to eliminate themes similar to previous years and select language that elicits discussion and criticism of where Belize stands every September.

The ten-word limit instituted a few years ago has been removed.

Enrique Carballo, secretary to the Mayor’s Association and its representative on the Commission, added that the period is much about reflection as it is a celebration.

Escalante is the second straight winner from the North, after Corozal’s Fernanda Tun last year.

NICH says it also hopes to start a trend of personally presenting the winners wherever they are from.