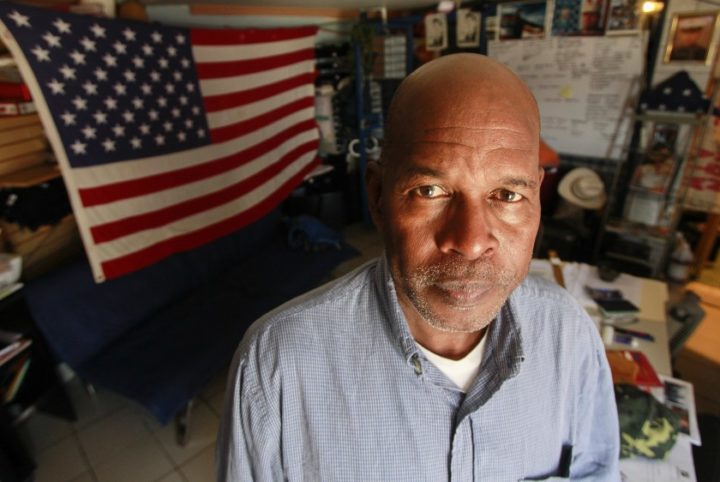 By Aaron Humes: Deported Marine Corps veteran Belizean Roman Sabal, 58, has been denied entry to the U.S. for a scheduled citizenship interview.

But according to his attorneys and the San Diego Union-Tribune, it is not clear who can release him “on parole” – temporarily allow him into the country for “humanitarian or significant public benefit” reasons.

When he tried on Monday morning he was told to seek parole from the U.S. Immigration and Customs Enforcement (ICE) rather than the Customs and Border Protection (CBP). ICE, in turn, have deferred to U.S. Citizenship and Immigration Services, the agency responsible for deciding whether to allow Sabal to become a U.S. citizen.

Sabal served in the Belize Defence Force before applying to enlist in the Marine Corps, after seeing them in action while in the U.S. on a tourist visa. He admits to having joined with a fake identity document. He said he confessed during boot camp and was told, “Don’t worry about it. You’re a Marine now.”

He served six years as a Marine and then several more years in the Army Reserves. Sabal has two U.S. citizen children with a U.S. citizen partner whom he hopes to one day marry.

But after being honorably discharged years later, he decided to go back to Belize because he’d developed diabetes, and his mother had offered to help him treat it with herbal remedies rather than pharmaceuticals. When he returned to the U.S., his entry triggered an immigration court case.

Sabal never found out about the hearing, and a judge ordered him deported in his absence. When he returned to Belize again in 2008 for more treatment, he found himself stuck outside the U.S.

Attorney Victoria Starrett described his treatment as “shameful” after her many requests to authorities were largely ignored or not definitively answered. She has threatened a lawsuit in federal court to get her client access to the citizenship process.

There are seven deported veterans with citizenship cases pending right now, she said, and they may each have to navigate their own paths through the complex web of agencies and paperwork in order to have their chances at coming back.

For now, Sabal waits in Mexico, having previously been denied a visa in 2016 due to his deportation order. He may have to come back to Belize to try again. He admits disappointment, especially after talking with his teenage daughter before his attempt, but is keeping in control.