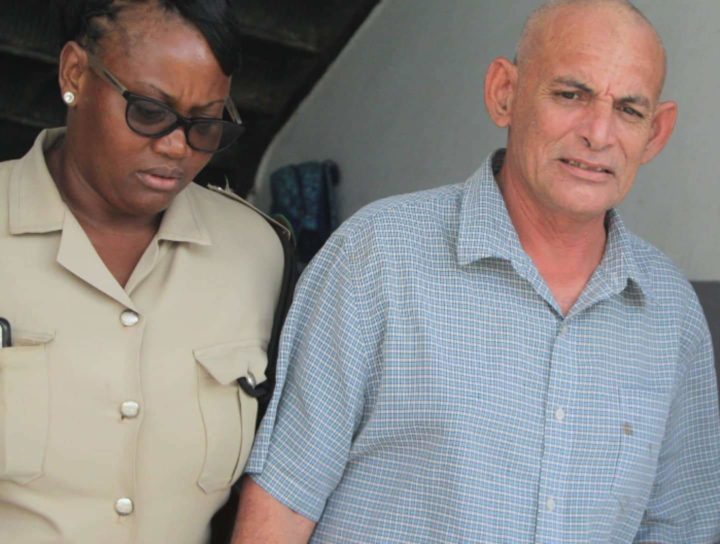 By Aaron Humes: On Friday, attorney for 55-year-old Donald Heredia, Darrell Bradley, successfully secured his bail in the sum of $20,000 plus two sureties of $10,000 each granted to him by Justice Francis Cumberbatch in the Supreme Court, on a charge of murder.

Heredia was charged on August 29, 2016, for the murder of Caye Caulker resident, Jennifer Coleman which occurred at her apartment on Caye Caulker where her throat had been cut.

In light of recent and confluencing events – the court’s efforts to clear up the backlog of cases of murder where suspects have been remanded for more than three years in first instance, and the treatment of those with mental issues who are accused of committing serious crimes – Bradley had a higher standard to match in convincing the court that his client would not dodge the charges by fleeing, and would not pose a general threat to society.

Bradley submitted that not only has his client been imprisoned for nearly three years this August; when he first went for bail about a year ago, he was denied bail and told his case was rather young, that he could apply again within a year’s time if his case was not tried yet, and bail could be considered then.

It was noted in court that according to Justice Cumberbatch, the congested calendar the court presently is faced with shows that Heredia’s murder case will not be tried this year and it is also uncertain when in 2020 he will be tried.

Justice Cumberbatch thus set stringent conditions: he must report to the Port Loyola Clinic for mental patient and follow the procedures administered by the healthcare professionals there.

Heredia must also report to the Racoon Street Police Station every Monday of the week between the hours of 6:00 a.m., and 7:00 p.m. He cannot leave the country without express approval of a judge of the Supreme Court. He also cannot be charged with any indictable offenses whilst out on bail or else his bail will be revoked. And he cannot breach any of the conditions of his bail and if he does not abide by all of the conditions of his bail, he could be sent back to jail.

Since the land document requirement was waived by Justice Francis Cumberbatch, Heredia was able to post bail before the day ended.

Donald Heredia is a former resident of Tigris Street in Belize City, where his family owned a business. At the time of the murder it was believed that Coleman knew her attacker and unconsciously let him into her residence.