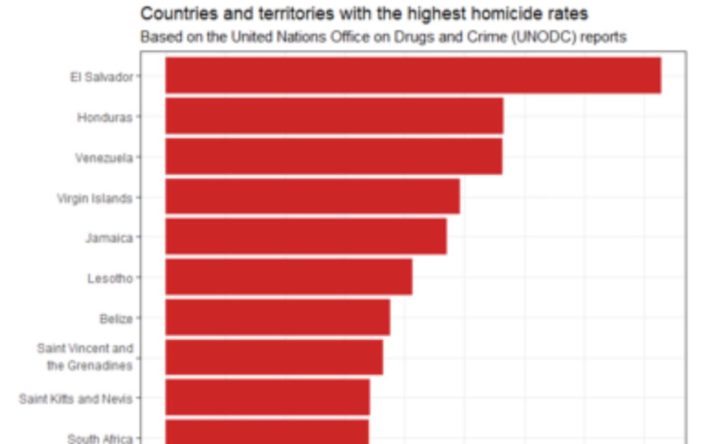 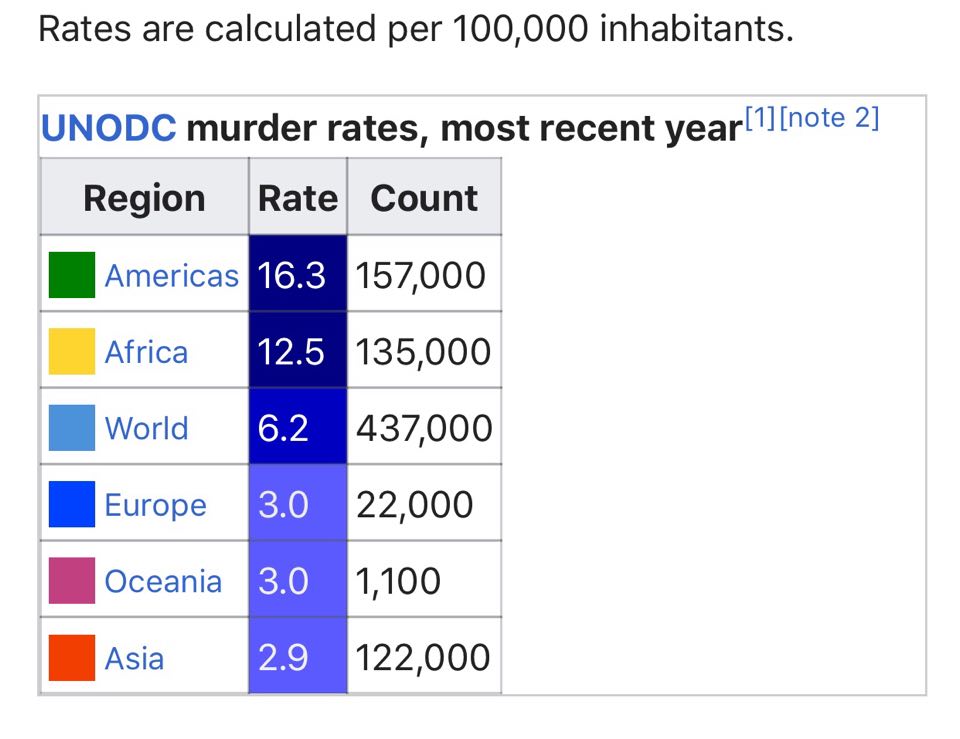 By Richard Harrison: Belize homicide peaked at 145 in 2012 and since then has reached close to that number each year…that is around 38 per 100,000 population.

The United Nations Office on Drugs and Crime reported a global average intentional homicide rate of 6.2 per 100,000 population in 2018.

Belize is #7 in the world in terms of homicide rate.

Belizeans are terrified, feeling unsafe in their homes and place of work, as the violence has become systemic…even small villages in rural areas are not spared…when before many felt that the violence was an urban problem concentrated in the conjested, drug and gang-infested southside of Belize City.

Various strategies have been tried…including lots more “boots on the ground” in terms of law enforcement officers…zoning of high crime areas controlled by gangs…negotiation and compensation for gang truce…creation of a highly fragmented policing organization with many “specialized units” such as Gang Suppression Unit (GSU)…use of military and para-military units in assisting the police…periodic curfews in response to surges in crime…checkpoints and random stop and search…ban on dark tinting of vehicles…drastic increase in gun license fees…periodic arrest of known “bad guys” during national celebrations…food and cash subsidies for targeted families with no tie to behavioral changes…among others.

These mechanical reactive strategies do not seem to be working.

Some proactive preventive strategies need to be considered…two of which are presented here.

Crime is the end result of a conflict that is allowed to escalate through various stages until it ruptures.

Addressing the precursor stages of such rupture could reduce their occurence…preventing crime.

Belize should consider “social engineering” strategies…to create a society that is better informed and organized to reduce the crime that terrifies it.

Social Development should be the general objective…as it can achieve a lot more than reduction of crime…and to start, two specific evils can be tackled with long term strategies….expanding and building the social fabric over time.

These early targets can be CLEANLINESS and VULGARITY.

The environment where one lives has great impact on the values, morals, attitudes, behaviors, lifestyles and rituals of the individual and society…its culture.

The state should not seek to control all personal choices….but it can set a minimum standard of cleanliness for all Belizeans…no matter how poor a family is, they can still be clean…no Belizean child must be allowed to live and grow in the condition of uncared-for animals.

The daily practice of cleanliness requires development of many important traits of peace loving individuals and societies…not in the least is a higher value for life, discipline, persistence and order. Cleanliness is next to godliness.

In the escalation of conflict, lewd vulgarity is one of the immediate precursors of crime…especially where mind altering substances are in effect…be it alcohol or other drugs. The avoidance of boistrous vulgarity can temper conflict situations and prevent escalation into crime.

We should unleash an army of social development workers that are under continuous training and development themselves…properly supervised and managed…with a management information system that they are required to feed basic information into as it relates to conditions and progress regarding the cleanliness and vulgarity parameters that are measurable and scaled.

Our target should be one social worker per 100 families…thus we will need around 500 trained social workers….whose job it is to assist families in their social development….but especially in regard to the cleanliness and vulgarity standards that require continuous progress.

With progress, these social workers can be trained to develop small projects for assisting their families with social development…these projects can be made available in template form and circulated to government, international organization partners, potential charities and some may even be privately bankable on concessionary uncollateralized basis for social environmental investors.

These could be from supplying personal and family hygeine products and tools…to small infrastructure improvements such as toilets, screened windows, roofs that dont leak, water capture and storage facilities, garbage disposal, facility for laundry of clothing and bedding, backyard production systems, etc.

The culture of lewd boisterous vulgarity of disrespect is a very destructive evil that is now the norm in many families…not even the elderly and children are spared…it spills into the streets and public places without any restraint. This culture needs to be contained and reversed…and our army of social workers can educate their families on the evil consequences of this cultural norm…as a part of their conflict resolution education initiatives.

Vulgarity should be scorned and shamed by the culture of the New Belize…even in musical and artistical expression. The laws on public vulgarity should be strictly enforced. Respect for others, especially for the elderly and children, should be taught and encouraged as a cultural habit.

The enforcement of cleanliness and vulgarity to kick off a social development dimension to our crime reduction arsenal should be taken seriously by central and local governments, NGO’s and charitable societies to tackle these challenges in a comprehensive and systemic, long-term methodology.