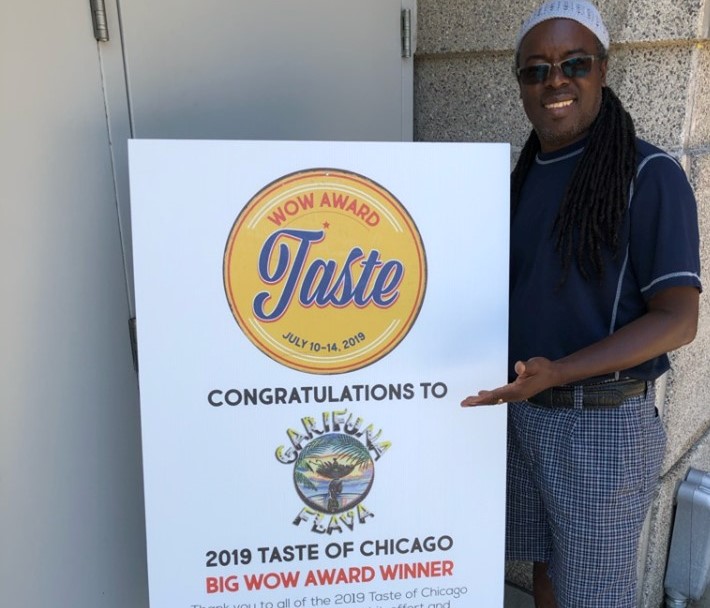 They come no better than Garifuna Flava Restaurant, winners of the WOW Award at this year’s Taste of Chicago held at Grant Park from July 10 to 14.

Rice and beans, hudut, sere, jerk chicken, panades, garnaches and much more is available – though you’ll be paying in U.S. rather than Belize dollars.

The restaurant, located on West 63rdStreet in the Gage Park neighborhood of Chicago’s South Side, has opened a second location in the Chicago French Market further north on Clinton Street, near downtown.

According to Rhodel, Garifuna Flava has been participating in the Taste of Chicago for the past 6 years and celebrated its 11 year anniversary. Rhodel stated that the selection came as a surprise and felt honored to have gotten this award which speaks volume for the Garifuna nation and for Belize. Rhodel further stated that Garifuna Flava will continuously strive to make that positive mark for Belizean and Garifuna cuisine.