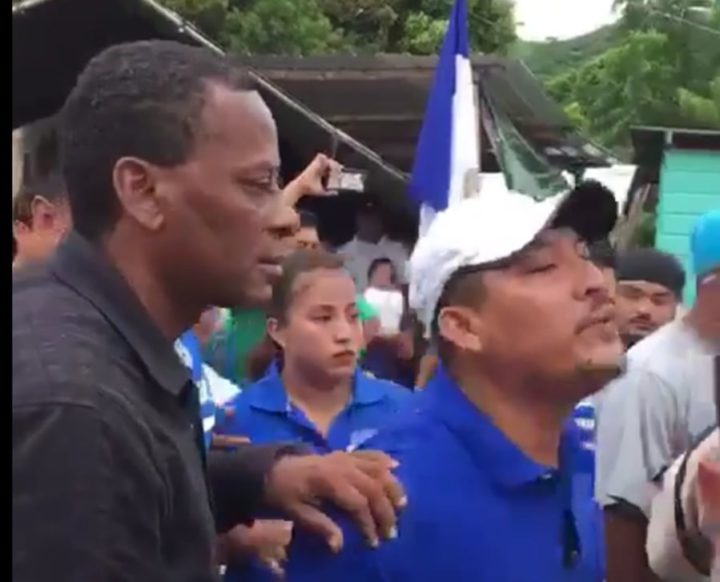 The incident reportedly occurred during a heated argument at the Village council elections held yesterday in San Antonio, Cayo.

In a major shock to the ruling UDP administration, the PUP won all seats in the village.

During the voting process, there were many fiery exchanges including a fist fight where a UDP supporter attacked Balona’s daughter.

Before the counting was over, some supporters of the UDP began throwing bottles and authorities had to intervene constantly to avoid any more violence.