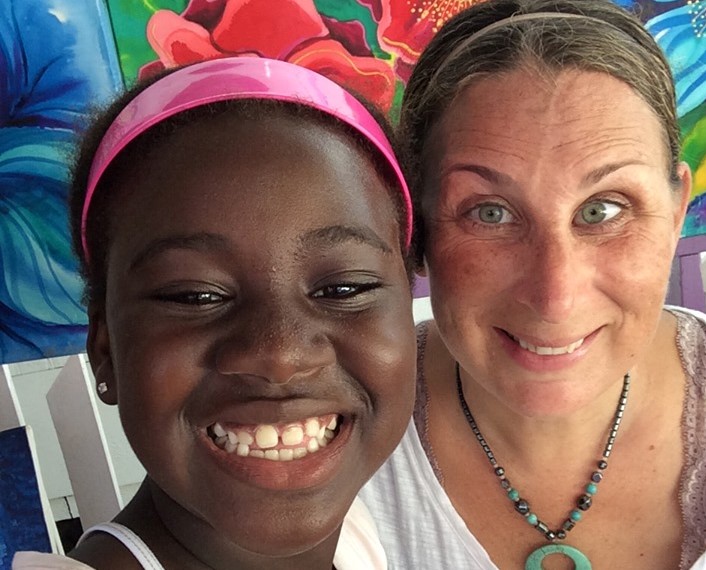 By BBN Staff: A Canadian woman who had settled in Belize, opened a school, adopted a Belizean girl and moved back home is facing her second battle with cancer following a terminal diagnosis which now casts uncertainty on her adopted daughter’s future and immigration status in Canada.

Joni Miller, 49, originally from Metchosin, Canada had resided in Belize for the last 12 years, opening a children’s school in Caye Caulker. Miller fell in love with the country and eventually adopted Naijah, 11. Miller had beaten a cancer diagnosis earlier in her life but recently learned that her illness had returned and stronger than before.

Miller moved back to Canada in order to have easier access to the treatment she needs, however, Naijah is not a Canadian citizen and is in the country on a visitor visa. Miller is worried about what will happen to Naijah in the event of her death. Miller and her family have been looking into the process but it has proven confusing and costly, according to the Vancouver Courier, which carried the original story. The newspaper says the retainer for an attorney alone is $10,000.

Miller’s story has touched the hearts of a number of people already as she returned home with little after dedicating her time and resources to the school in Caye Caulker. She has so far done six months of cancer treatment and is currently unable to work and without an income.

Her sister has since started an online fundraising page to help cover legal fees for Naijah’s immigration and in only four days has raised more than $11,000. For Miller, accepting the diagnosis has been difficult, she said. In 2005, she was diagnosed with a rare cancer on her olfactory nerve after suffering spontaneous nose bleeds. She had done surgery and radiation therapy and was told the cancer was in remission.

That cancer has returned as a brain tumor on her frontal lobe – a part of the brain that controls important cognitive skills such as memory, language, judgement and problem-solving. One of Miller’s friends has stepped up to accept the role of being Naijah’s guardian in the event of Miller’s death.