Where in the world is Gaspar Vega? 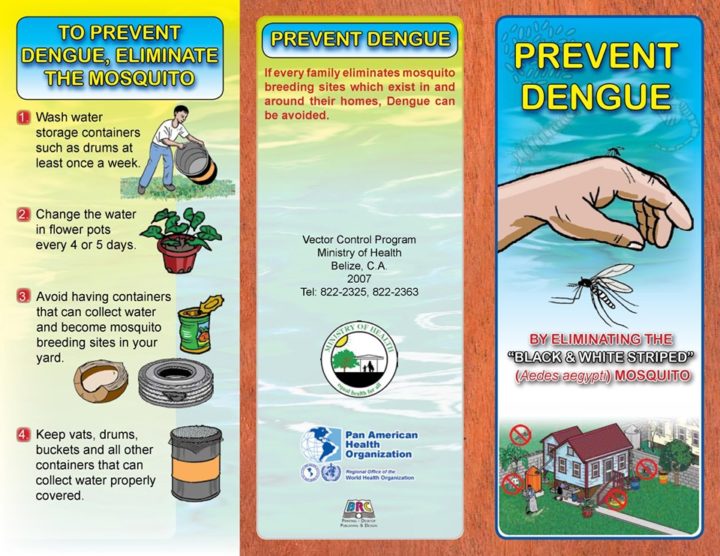 By BBN Staff: The Ministry of Health (MOH) is working aggressively to contain an outbreak of dengue fever that has been detected around the country, particularly in the northern districts.

The MOH is conducting media rounds to sensitize the country on the issue and explained that there have been over 600 cases confirmed, which more than doubles the number of cases reported in July 2018. Corozal and Orange Walk have the highest number of reported cases,
however, there has been an increase in reported cases in the south over the past six weeks, according to the MOH.

The ministry said that several factors need to be looked at when addressing the outbreak, including trends for dengue fever in neighboring countries. Notably, countries such as Honduras, Guatemala and Mexico are all reporting increased cases in dengue, with the highest being in Mexico.

Kim Bautista, chief of operations – Vector Control Unit of the MOH, noted that the spread of dengue is hinged heavily on socio-economic factors, as the Aedes Egypti mosquito is mostly found in low-income areas where there are poor infrastructure and drainage. Bautista noted
that there are response committees at the district level that have coined response plans specific to their respective areas. Those plans are being rolled out in the overall national response to the outbreak.

The MOH maintains that addressing mosquito breeding sites is one of the most effective ways to control the outbreak and remind Belizeans to do their art in ensuring that their yards and respective communities are free of those sites.