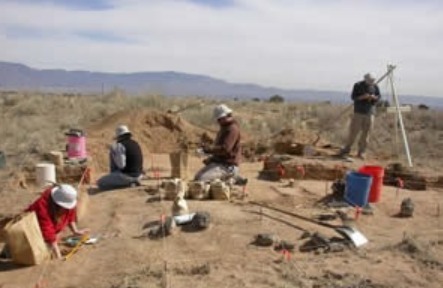 By BBN Staff: A research team from the University of New Mexico (UNM) has said that some ancient tools discovered in Belize have helped them to reach a greater understanding of the people that lived in the Americas thousands of years ago.

The team found the tools in two rock-shelters in the Bladen Nature Reserve in the Toledo district and have determined that they were made between  9,300 to 12,000 years ago. The team said that the multi-purpose stone tools were used for activities such as hunting, skinning animals and processing plants.

Dr. Mark Robinson, from the University of Exeter, a member of the research team, said that the tools: “…rewrite the chronology for the earliest people in the region and have helped us understand much more about their lives and how they faced and coped with massive environmental change.”

The tools are among several notable archaeological finds to be discovered in Belize since the turn of the century. Others include Maya vases containing clues to the collapse of the Maya civilization which were discovered in 2015 and 2016.