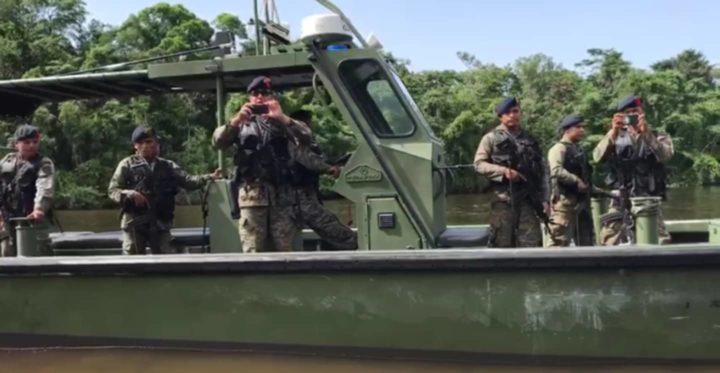 By BBN Staff: The Belize Peace Movement (Patriots Engaged Against Corruption & Exploitation) issued a statement today informing that it received the Belize Territorial Volunteers (BTV)’s July 25, 2019 report of Guatemala’s continuing acts of provocation and aggressive steps at the annexation of the Sarstoon River.

The group says that it is a serious violation by the Guatemalan armed forces on Belizean territory.

“The BPM  reminds the Government of its constitutional and moral obligations to preserve the state identity of Belize by a clear demonstration of its will to assure safe and unrestricted access to all of the Belizean territory by its citizens and to do so, with state protection,” the statement expressed.

Furthermore, the group says that Guatemala must be made to cease and desist from any further action that seeks to further its efforts at annexation and the exercising of control of any part of Belizean territory including putting at risk the lives of Belizeans.

According to the group, the lodging of a protest note is ‘insufficient’ given the egregious nature, at many levels, of this reported breach by the Government of the Republic of Guatemala (GOG), of its UN Charter obligation.

The group calls on Prime Minister Dean Barrow to fully exhaust all and every available option to deter Guatemala’s unwarranted and illegal actions.

The BPM reminds PM Barrow of his assurance that Belize would be entitled to obtain interim relief from the ICJ once Belizeans voted ‘yes’ on the referendum.

The BPM questions whether the PM’s assurances with respect to ICJ interim relief can, indeed, be fulfilled.

“The BPM urges the GOB and the Ministry of National Security to ensure that Belize’s security personnel are properly equipped to ensure citizen security, alongside an increase in their capacity to effectively fulfill their duties, so that Belizeans can travel throughout the length and breadth of our country without being harassed or bullied by the agents and operatives of the Government of the Republic of Guatemala,” the statement ended by saying.