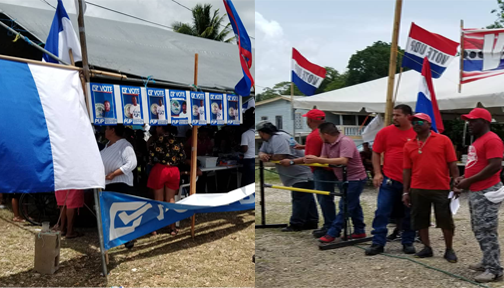 By BBN Staff: Both major political parties in Belize, the UDP and PUP are claiming victory in the village council elections.

The final round of village council elections were held yesterday in the Cayo district.

The UDP won 3 of 5 battleground villages and the PUP won a resounding victory in Georgeville, Cayo.

The UDP did not contest in 7Miles/ El Progresso.

The PUP statistics show that they won 97 villages, the UDP won 75 villages and the Independent won 18 villages.

In terms of council seats won, the PUP statistics show that they won 690 seats, the UDP won 507 seats and Independents won 124 seats.

The UDP statistics show that they have a total of 629 council seats including chairman and councilors while the PUP has 625 seats and the Independent garnered 69 seats.

It is expected that the Belize Elections and Boundaries will release the results showing the total tally for countrywide village council elections.