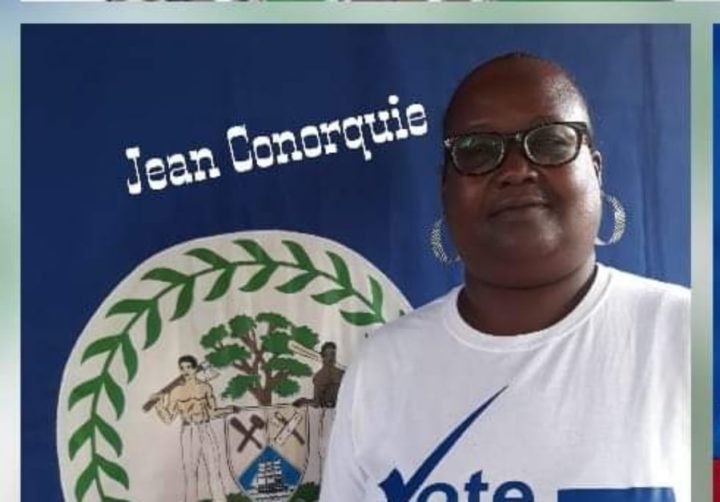 ‘Miss Jean’, as she is affectionately called, is known to be a hard-working and enthused single mother.

Miss Jean ran for the PUP slate in Georgeville village where her entire team with Chairlady, Joyce Jones Hall, was elected with a resounding victory for the PUP in that village.

Jean is the founder of the Danny Conorquie Foundation.

Danny lost his life on September 25, 2014 when he was fatally shot at the Caracol Archeological Site in Cayo.  Danny was on duty as a Special Constable of the Tourism Police Unit. He had dreamed of being a police officer to serve his country to the best of his abilities.

The 20-year-old was shot and killed while tourists visited the sites and a short video emerged of tourists hearing the shots while being at the top of one of the temples.

It is widely suspected that Conorquie was murdered by illegal loggers since prior to Danny’s murder, the tourism police had captured 5 horses which signaled that the illegal loggers used horses to haul wood from the Chiquibul.

The shooter reportedly stole Conorquie’s weapon and ran in a westerly direction toward the Guatemala border.

This September makes 5 years since the horrific ordeal and no suspect has been named in his murder.

In honor of his bravery in serving his country, Danny was laid to rest in a state funeral.