Police: Blind man locked in home and hacked to death 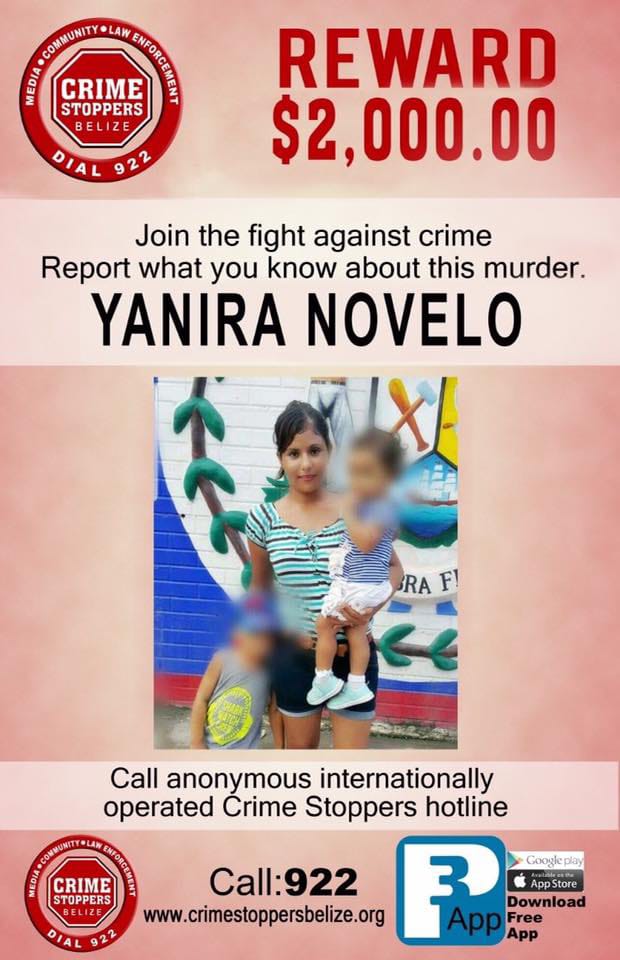 By BBN Staff: Last month Yanira Novelo, 24, was found dead in a cane field off the San Lorenzo Road in Orange Walk.

She was only discovered after a passerby found her son wandering in the area with an injury to his stomach where he had been stabbed.

A post-mortem examination later confirmed that she died of manual strangulation.

Today we asked investigators for an update on her case.

It was revealed that days after her demise, her purse was found in the area.

According to investigators, the only thing found inside it were some documents.

Assistant Commissioner of Police, Joseph Myvett, candidly stated that this discovery offers no assistance in solving this crime.