US Embassy Belize sends ‘Get well’ wishes to PUP Leader 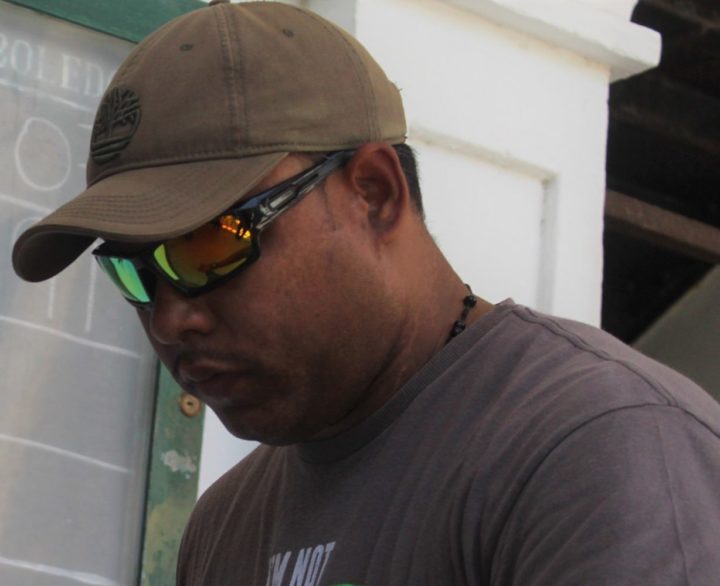 By Aaron Humes: The long-awaited arraignment of Corporal of Police Kent Martinez, 36, in the shooting death of Allyson Major Jr., also 36, is but the opening salvo in a pitched battle between the Belize Police Department and the community which it serves, over the matter of justifiable force in apprehension of suspects.

And if the treatment which the officer received from his fellows on Wednesday at court was any indication, the Department appears to make no pretense at impartiality.

Corporal Martinez, interdicted, walked between two Crimes Investigation Branch (CIB) officers into the holding cell from the back of the court building, alighting from a dark vehicle parked near the Bliss Center on Southern Foreshore, past waiting media cameras that almost missed him.

The officer wore a t-shirt with lettering reading, “I am not arguing, I am just explaining why I am right.” Whether an oblique reference to his situation or a coincidental clothing choice, only he can say.

After the single charge of manslaughter by negligence – allegedly causing Major’s death on July 17 by negligent use of a firearm – was read by Magistrate Michelle Trapp, the court prosecutor rose to say that he is not objecting to bail and that he will be guided by the regular conditions laid out by the court in cases such as these for example the ordering of the defendants’ passport and others.

The Magistrate proceeded to set bail at 15 thousand dollars and two sureties with the following conditions: surrender all his traveling documents including his passport to the clerk of court of Belize; that he must not leave the country without the permission of the court; he is not to interfere with any of the prosecution witnesses whether directly or indirectly and he must report to the Queen Street Police Station every Wednesday of the week effective next week Wednesday, August 7, 2019 between the hours of 7:00 a.m., and 7:00 p.m.

Bail was quickly met and the Corporal returns on September 30, 2019, a date also set for disclosure to be ready in the case.

He expounded on a wide variety of topics related only tangentially to the case, including police handling of force, the marijuana law (police accuse Major of going to buy drugs and then trying to throw them away while being chased), among other things.

After re-asserting the right to bail on any criminal offense, Bradley made note that the charge signals that prosecutors can prove Major was unlawfully shot and killed, but not that he was intentionally killed, which would have made the charge murder. But surprisingly, he contends that would not make police any less responsible, even worse in how they chose to pursue Major in broad daylight.

While insisting that the full facts of the case are not yet established, Bradley contends that the amendment to the Misuse of Drugs Act passed in November 2017 makes no sense, but conceded that police should apologize and compensate Major’s family for their actions.