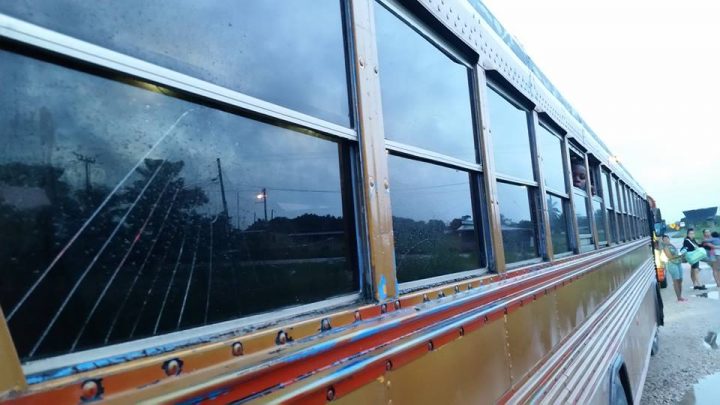 By BBN Staff: The Belize Bus Association has threatened a national shutdown of the country’s transport services in a letter written to Minister of Transport, Edmond Castro, on Wednesday expressing frustration with the ministry as there has been no resolution to the issue of foreign bus companies making runs in Belize, following months of complaints and meetings that have gone nowhere.

The bus operators have complained that the runs from Guatemalan and Mexican bus companies have affected their livelihoods and impacted their business. A meeting was held in April to address the issue and subsequent meetings with Castro as well as Tourism Minister Manuel Heredia were held to address the issue. Several months later, there has been no resolution to the issue.

The operators say they have considered a shutdown at least three times in the last four months but have decided to exercise patience, which is growing thin. The operators say they reserve the right to call a shutdown at any moment’s notice but have written to Castro and copied the letter to the Prime Minister with hopes of reaching a resolution before they are forced to take action.

The operators are demanding that a statutory instrument passed in 2009, which allows the foreign companies to make runs into Belize, be repealed immediately. The operators say they are monitoring the situation and will see what kind of response they receive and will take appropriate action.