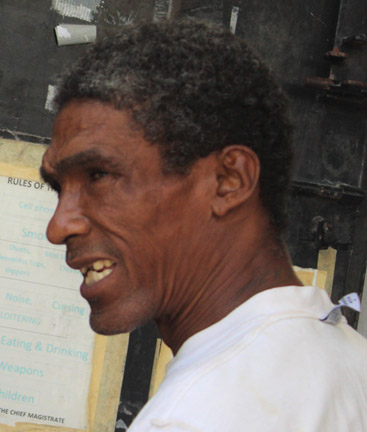 But he was spared once more after being found by police again with a pipe riding up the one-way Euphrates Avenue on July 31.

Conorquie, who was unrepresented in court, wasted no time and pleaded guilty. He told the court he is not well and is dealing with health issues so every money he gets while working he will bring to the court to pay his fines.

Magistrate Michelle Trapp imposed a non-custodial sentence of a fine of $300 plus a $5 cost of court fine, which he was ordered to pay by end of the year, December 31, 2019. Conorquie was additionally charged with a traffic offense of allowing bicycle to proceed up a one way street. He also pleaded guilty to this charge and was fined $50 plus a $5 cost of court fine of which he was given until September 15, 2019 to pay.