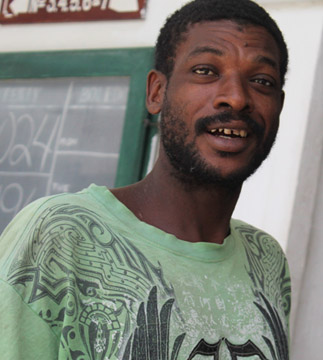 By Aaron Humes: Even though it means she will not see him for 90 days except through prison bars, the mother of 33-year-old Mark Burgess of Ebony Street refused to pay the remainder of an outstanding fine for possession of crack cocaine after he was busted for the same offense a second time.

Her decision earned a commendation in open court from Chief Magistrate Sharon Frazer.

As he could not come up with the remainder he was sentenced to 2 months behind bars. He pleaded guilty to the current charge and the Chief Magistrate elected to impose prison time rather than a fine due to his outstanding debt.

He was assessed three months from July 31, concurrent with the other sentence which means he serves three months or ninety days as the greater of the two sentences.