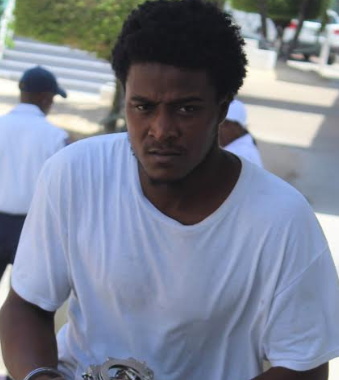 By Aaron Humes: Twenty-two-year-old Jareth Craig, a resident of Racecourse Street, Belize City, was fined after pleading guilty to a single count of handling stolen goods.

On Sunday, August 4, 2019, he was found in possession of a 22 inch Toshiba brand television set valued at $700 property of homeowner, Jermaine Ottley, which was stolen on Saturday, August 3, 2019.

Jermaine Ottley, 31, a Stevedore had reported to police that on Saturday, August 3, 2019, his home located on East Collet Canal was burglarized between the hours of 1:00 a.m., and 4:30 a.m., and stolen was his 22-inch Toshiba television among other items.

On Sunday, August 4, 2019, police searched Craig’s home on Racecourse Street and found Ottley’s television set inside but did not connect him to the burglary.