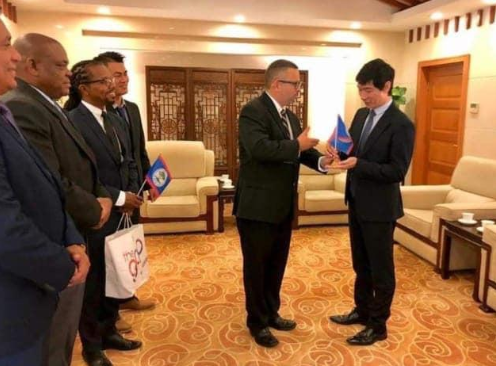 The UDP said that Musa lied to the nation on the nature of his visit when he said that it was of a personal and unofficial nature at the request of the President of the Belize Chinese Association because the president later denied making any such invitation.

The party also accused Musa of lying that the invitation to attend the event was also extended to the UDP.

“An invitation to this event was never issued to the UDP. And if it had been, would have been rejected out of hand. The UDP is steadfast and unwavering, both as a Party and as Government, in its support for Taiwan,” the UDP said.

The UDP also questioned if Musa’s trip was sanctioned by the PUP, as he took a PUP Deputy Mayor and City Councilor with him. The party categorized the move as an ” outright betrayal of the national interest,” given Belize’s long-standing diplomatic relations with the Republic of China Taiwan, ongoing cooperations with Taiwan and ongoing loan negotiations with Taiwan for the Sarteneja Road project.

The party demanded that the PUP denounce Musa’s actions.