Belize: Settle Out of Court With Guatemala 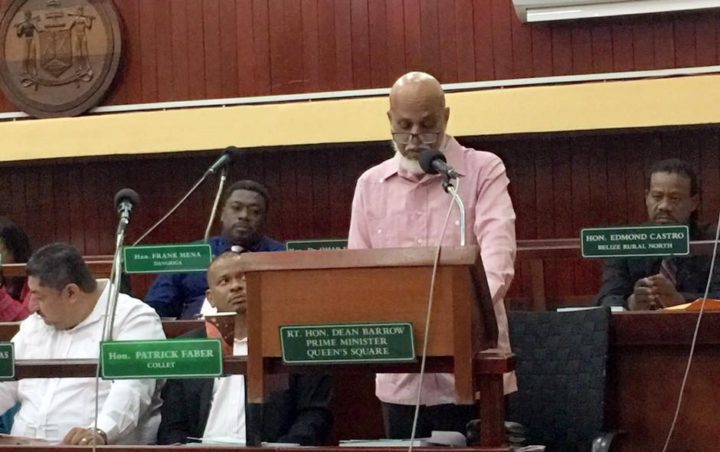 By Richard Harrison: Yesterday, Guatemala elected a new president, Dr. Alejandro Giammattei…which opens new opportunities for Guatemala and all who does business with them.

Although Belize and Guatemala have agreed to take their territorial, maritime and insular dispute to the International Court of Justice for final settlement, there is still the opportunity for a settlement out of court.

If the objective of both countries is perpetual voluntary lasting peace based on respect and trust, then a Treaty of Peace, Amity, Commerce, Navigation and Recognition should be negotiated and arrived at long before the ICJ reaches a decision.

This mature posture takes into consideration that negotiations don’t end because of agreement to go to court…indeed, going to court should hasten earnest negotiations….because both sides would want to reduce litigation risk…and even after the ICJ makes its decision, there will still be negotiations going on….because the decision of the court might not be outcomes desirable by either of the litigating parties.

Guatemala unilaterally declared its independence from Spain in 1821…however, Spain did not recognize Guatemala’s independence until 1863…by negotiating a SAVE FACE Treaty of Amity, Navigation and Recognition. Indeed, Guatemala did not declare itself a republic separate and apart from Central America until 1847…and the UK helped the new republic gain international recognition by signing a Treaty of Peace, Commerce and Navigation in 1847 and a border treaty regarding British Honduras in 1859….therefore Guatemala knows well how it finally got Spain’s recognition of its independence and sovereignty….saving face for both sides…and opening the door for transition from ruler-colony relations to a new history of perpetual peace and cooperation between the IberoAmerican States.

Certainly Guatemala should not be seeking ruler-colony relations with Belize in this day and age.

Negotiation of such a Treaty of Peace, Amity, Commerce, Navigation and Recognition between Belize and Guatemala could drastically reduce the time and cost of reaching a settlement…it could also reduce the litigation risks associated with the legal intricacies and potential undesirable outcomes at the ICJ…while at the same time enhancing the chances for a perpetual voluntary peace conducive to rapid development not only of Belize and Guatemala, but also of the entire MesoAmerican region.

We wish Guatemala and President Giammattei well, and look forward to the innovation, creativity and good will that can be expected in their new approach to Belize…recognizing the potential value to themselves of Belize’s long British and Commonwealth history…allowing Belize to achieve its full potential to develop rapidly into the little Singapore of MesoAmerica…a realistic ambition if we work together in harmony, and which will serve all our people well through linkages with London, New York, Singapore, Hong Kong, Seoul and Tokyo…and Silicon Valley.