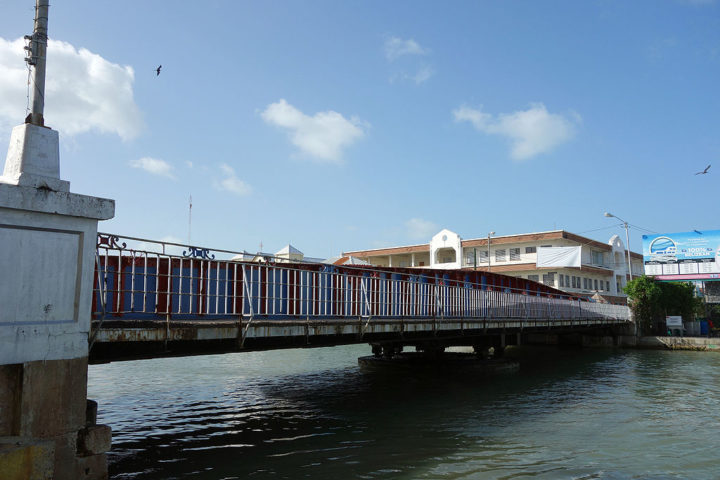 By Aaron Humes: The Belize City Council as of last week, closed the west side pedestrian ramp of the Swing Bridge (running from opposite the old Marelco Building to the junction of Market Square and Water Lane) to traffic until further notice for urgent repair work.

In a release this evening, the Council explained that a recent assessment found that the venerable bridge “is approaching a state of being derelict due to years of neglect by the previous City Council.” It added that with the September Celebrations approaching, downtown traffic will substantially increase (both major parades, the 10th Citizens’ Parade and 21st Uniform Parade, pass by it as does the Fire Engine Parade on the 9th).

The Council says it has appaoched a company called Western Development Limited to do “minor welding and raising of the bridge as a primary step in a long-term solution to address the matter” but says there is as yet no contractual arrangement.

A further press briefing is scheduled for tomorrow, Tuesday.

The bridge was constructed in 1922 and installation was finished in 1923. It was manually opened by four men cranking by hand. The bridge was swung twice a day, once in the morning and again in the evening, to allow boat traffic through, but this has been restricted since 2007.