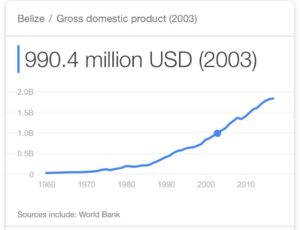 By Richard Harrison: A treaty is a formal written agreement entered into by actors in international law, namely sovereign states and international organizations. A treaty may also be known as an international agreement, protocol, covenant, convention, pact, or exchange of letters, among other terms. Regardless of terminology, all these instruments may be considered treaties subject to the same rules under international law.

A patent is a form of intellectual property that gives its owner the legal right to exclude others from making, using, selling, and importing an invention for a limited period of years, in exchange for publishing an enabling public disclosure of the invention. In most countries patent rights fall under civil law and the patent holder needs to sue someone infringing the patent in order to enforce his or her rights. In some industries patents are an essential form of competitive advantage; in others they are irrelevant.

When we observe the rate, volume and quality of development of countries and international organizations, it becomes obvious that the amount of treaties and patents it registers is directly related.

Where we do have treaties, they are limited in scope and scale.

For example, we are signatory to the World Trade Organization…but because we prefer to protect our status quo establishment we refuse to include those parts of the WTO that pertains to Government Procurement, Competition Law, among others. If you want to be “Special and Differential” you will be…and it comes at the cost of choosing to be different from the club…to remain under-developed and excluded from the table where transparent and accountable business takes place.

We have trade agreements with Mexico and Guatemala…but again, they are Partial Scope Agreements…very limited in scope and scale…and unaccompanied by the relevant investment treaties that would facilitate them.

In some cases, Belize does not even know it has treaties that bind it.

There was a case where the Government of Belize was arguing that a dispute it had with a private entity could not be heard by the London Court of International Arbitration…and it lost the case…because a letter surfaced, which was dated September 29, 1982; from the PM/FM of Belize to the Secretary General of the UN…agreeing, among other things, that Belize accepts (with reciprocity) any agreement made by the UK on behalf of the colony of British Honduras…which included the Convention of the Law of Treaties.

Belize has the potential to negotiate significant debt-for-nature and debt-for-education swaps with the developed countries of the world…to drastically reduce our debt burden…but such agreements are only possible where transparency and accountability is real…and not just political buzz words.

Whether by fear, ignorance or intentional avoidance/evasion…Belize is one of the countries of the world that refuses to step into the world of transparency and accountability…choosing instead to believe that by playing in the grey and dark world of narco-contraband, money laundering, facilitation of tax evasion and fraud, human trafficking, selling its flag and passports for convenience to all and sundry…that Belize can become “successful” at being the best “bad boy” on the block.

A small group of beneficiaries are making a killing off this delinquent posture of Belize…laughing all the way to the banks…most are not born Belizeans…and those banks are being cut off from the developed economies slowly but surely.

Born Belizeans are paying a high price for this leadership with opiate-enhanced, kaleidoscope vision of get-rich-quick-at-any-cost gangsta mentality.

The minimum wage of Belize has remained at US$1.65 per hour since 2003…when during this time the GDP grew from US$990m to US$1,925m…it more than doubled…so who benefited from that growth?

Belize can choose to continue down these dark corridors of self-destruction…or it can turn itself away from darkness into light.

Belize needs to make more and better treaties with the developed countries of the world. It needs to attract more and better grey matter to its shores…the kind that generate patents that we protect at the level of the countries that register the most patents per year.

“Nurture strength of spirit to shield you in sudden misfortune. But do not distress yourself with dark imaginings. Many fears are born of fatigue and loneliness.” ~ Desiderata