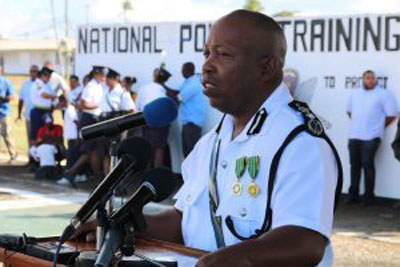 By BBN Staff: Commissioner of Police Chester Williams says he is concerned about the facts of the missing person’s case of Derrick Ramirez,  a missing man from Dangriga, because many aspects of the investigation, including the statements given by the persons that reported him missing, do not add up.

Ramirez went missing on August 4 on a trip to Cross Caye with two other men, one of them happened to be his brother, Inspector of Police Kevin Hernandez, and the other man was his brother in law. The men did not report that Ramirez was missing until Tuesday, August 6, 48 hours later.

Commissioner Wiliams said that he has a “serious issue” with their failure to report the incident.

“If you had gone to sea with some friends, more so relatives, one of them would have gone missing you would want to ensure that you would inform the authorities as soon as possible so that a proper search can be conducted to find the relative. In this case that was not done,” Williams said.

He added that he would not speculate on what happened, but that the two men who failed to report the incident until days later have to be regarded as suspects.

To further complicate the case, the prime suspect in connection with the disappearance is now on the run, having eluded police capture.

Oscar Williams Jr. was among three persons detained at Long Caye, a short distance from where Ramirez reportedly went missing. He has removed from the group and taken by two police officers to conduct a field review; however, the two officers returned without him, saying that he had escaped from them.