Kings and Queens of the beach invade Old Belize this weekend

Reporting on the environment: challenges and opportunities 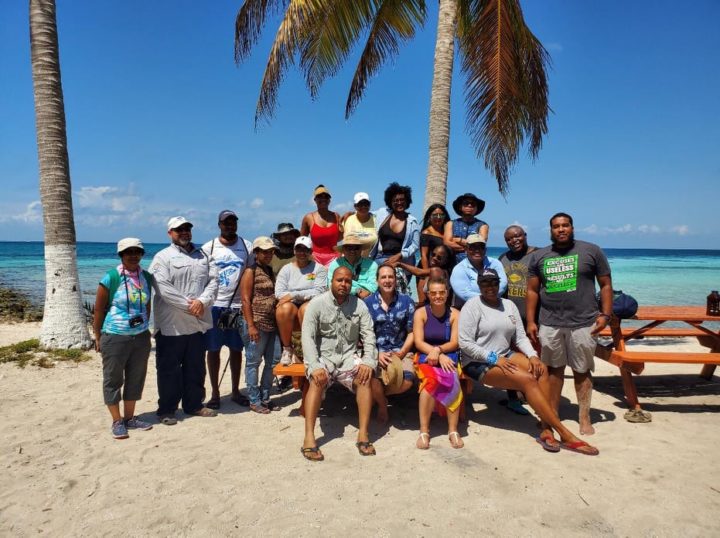 By Aaron Humes: Increasingly, issues of the environment dominate the national discourse, and often blend into coverage of other stories. Perhaps it cannot be helped in a society as closely tied to our natural resources as Belize is. So what can we do as reporters to help you, our audience, gain a better understanding of what is going on around us and why you have the right to know?

This past weekend, Breaking Belize News joined colleagues from across Belize at the Radisson Hotel to engage in continuing professional education, this time on the matter of the Meso-American Barrier Reef and its connecting structures.

As jealously as we guard the Belize Barrier Reef’s reputation, it is a part (a significant part) of the formation shared with Mexico, Guatemala and Honduras. But indeed, we share it with the world – fisheries, tourism, science and research, and other noble causes.

The Earth Journalism Network, formed fifteen years ago to facilitate journalists in telling the stories of environmental issues, is stepping in to help journalists in Belize lead the way. Executive Director, long-time journalist himself and a graduate professor at the University of California, Berkeley, James Fahn, commended Belizean journalists’ dedication in spite of lack of access to resources and airtime.

With membership in the EJN, says Fahn, journalists have access to continued training, fellowship programs, support for story production and distribution, as well as dispersing small grants. “We support all kind of activities to help journalists improve their coverage of natural resources, the environment, oceans, bio-diversity, fisheries, forestry. We do a lot of training workshop. We give out small grants for journalists to do stories on environmental topics, sometimes environmental stories. We give out fellowships so journalists can travel overseas to major conferences, climate summits, whatever we can do to support environmental journalism.”

Their current focus is the upcoming Reef Report Card, on which Belize scored a middling 2.8 out of five when it was last released. Another is due by the end of the year.

Presenter Nicole Craig, Belize Coordinator for Healthy Reefs Initiative, said the country needed to aim to provide a common voice and vision of what a healthy reef looks like, with regular reporting and enhancing of collaboration, regional networking and catalysis of conservation outcomes.

Vice President of OCEANA Belize Janelle Chanona reiterated that for all residents of the Jewel, environmental issues are also economic issues, and that people may benefit in ways that are not visible.

Others of Belize’s leading lights of conservationism and environmentalism had their compliments and advice for journalists at the Radisson on Saturday. Discussions led by Valentino Shal – Sustainable Development Consultant; Amanda Burgos – Executive Director, Belize Audubon Society; and Roberto Pott of the World Wildlife Fund focused on current issues affecting the reef, such as managed access of fisheries, the pervasiveness of foreign fishers using damaging equipment such as gill-nets, and enforcement and management by the Fisheries Department and other Government agencies.

On Sunday, the reporters hit the sea for quick tours of the shrinking Sergeant’s Caye; the nearby Goff’s Caye and Swallow Caye, where humans co-exist with creatures of the sea such as manatees.

It all ties together, and we will continue to highlight topical environmental issues in this forum, now with the support of the EJN.