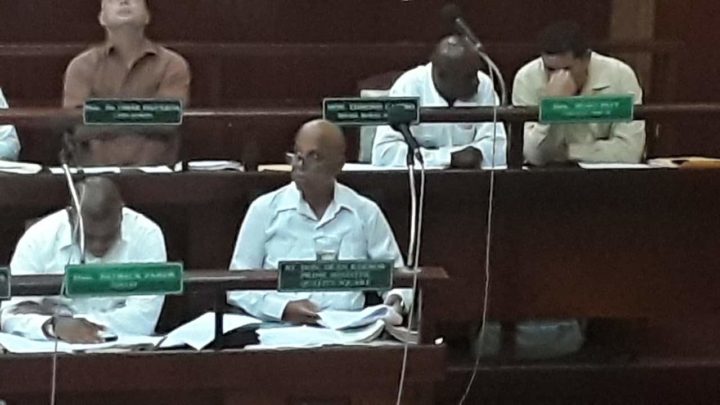 While unofficial leader of the delegation and Caribbean Shores area representative Kareem Musa told reporters after his return that a potential switch could only be considered after national discussion, the ruling United Democratic Party (UDP) have refused to countenance that position.

Today, during the sitting of the House of Representatives, Prime Minister Dean Barrow said Belize and Mainland China had no official relations since he was Foreign Minister, in the 1980’s. The P.U.P., under his successor Said Musa, chose to switch over to Taiwan and his (Barrow’s) Government after careful consideration, agreed they would continue to stand with Taiwan as they “had been good to us” and we share a commonality of threats to our existence from both Guatemala and the PRC, respectively.

Belize and Taiwan just recently celebrated the thirtieth anniversary of official relations. While the PUPs were in Mainland China, the Government was negotiating a Partial Scope Agreement, which would allow for the sale of sugar among other products.

That relationship, he said, was now threatened by the PRC trip by Musa; Deputy Mayor of Belize City, Oscar Arnold; Councilor Michael “Chippy” Noralez and Attorney-at-law Kevin Arthurs. Noting that it had been “all expenses paid” and facilitated by the Belize Chinese Association and the Zhi Gong political party. He asked for an explanation from the PUP leadership as to whether he was on his own or had the blessing of his party.

Barrow added that it was his sense that “the people would not want to see us turn our face from Taiwan,” and that Belize cannot have it both ways: no relationship with Taiwan could be countenanced by the PRC, as he said he told Musa when we first made the switch and confirmed by Chinese officials.

The trip, he said, smacks of a “betrayal” and “sell-out” of the national understanding, and plays into the ongoing trade war between the PRC and United States as well.

Later, Musa tried to reply on debate of the loan motion from Taiwan for the Corozal to Sarteneja Road, stating that it was private and personal and the response by the Government was “a distraction” from other issues of the day.

Cordel Hyde, PUP deputy leader and Lake Independence area rep, offered limited comment to the effect that “Consenting adults can visit any country they like.”