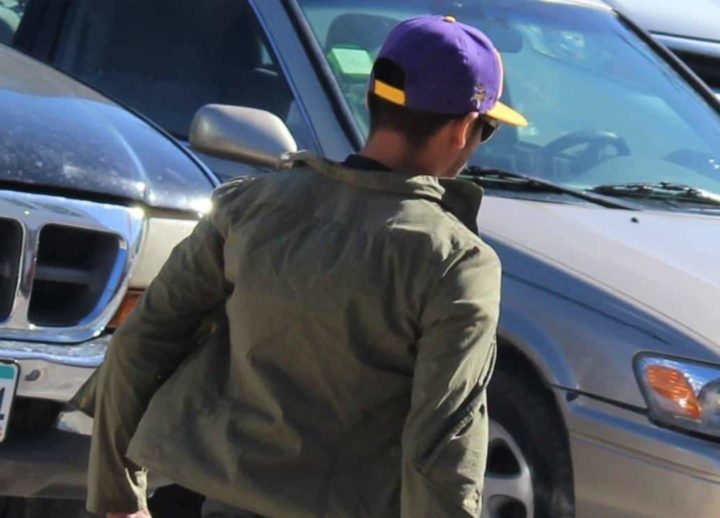 By Aaron Humes: Police Constable Hernan Milian, attached to the San Ignacio Police Formation is out on bail for eight counts of unlawful sexual intercourse for allegedly having sex with a 13-year-old girl from that jurisdiction.

And with a little help from the department, he avoided having his picture taken by reporters as he left court Friday afternoon.

We understand fellow police officers took his bail form for him to sign inside the cell block area then sneaked him out through the back door, disguised with a hat on his head and a jacket to change his appearance, rushing into a parked vehicle in the back parking lot of the court.

Earlier, Milian appeared before Justice Herbert Lord in the Supreme Court in the presence of his attorney, Hurl Hamilton who was successful in getting him bail.

Justice Lord granted him bail in the sum of $10,000 plus one surety of the same which he was able to meet by 3:50 yesterday evening.

There was no objection to bail being offered to the interdicted cop by Crown prosecutor Sheneiza Smith, but Justice Lord granted the bail with conditions, in which PC Milian must report to the San Ignacio Police Station twice a week; he is not to interfere with the virtual complainant; he is also to surrender his passport to the Clerk of Court in San Ignacio and he cannot leave the jurisdiction without the permission of a judge of the Supreme Court.

Police investigated the child’s allegation and a medical examination certified that the 13-year-old is carnally known.

PC Milian has since been placed on interdiction and will only be receiving half of his pay as is the practice of the Belize Police Department. He returns to court on October 16.