Family loses home in a fire 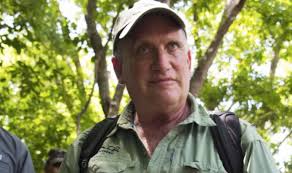 By BBN Staff: Today, National Geographic Magazine published an article on the importance of protecting jaguars while paying respect to Dr. Alan Rabinowitz Ph.D., whose efforts paved the way for the creation of the Cockscomb Basin Wildlife Sanctuary.

The article, entitled “The struggle to protect a vital jaguar corridor” notes that the fight to protect jaguar habitats throughout the Americas continues even after the loss of Rabinowitz – one of its greatest defenders.

Rabinowitz passed away on August 5, 2018; at the age of 64, after a long battle with chronic lymphocytic leukemia, a cancer of the blood and bone marrow.

He was one of the worlds foremost researchers on wild cats as well the President and CEO of Panthera, a nonprofit conservation organization devoted to protecting the world’s 36 wild cat species.

In 1984 Rabinowitz, was a graduate student who was commissioned to determine the jaguar population. Through his ecological study, conducted between 1982 and 1984, the Cockscomb Basin was found to have the highest density of jaguars ever recorded.  Based on his research the area was initially declared a forest reserve with a “No Hunting” ordinance to protect the large jaguar population in 1984.  On February 26, 1986, a small portion of the Cockscomb Basin Forest Reserve was declared a wildlife sanctuary, following concerns that the forest reserve designation was not adequately protecting jaguars’ habitat.