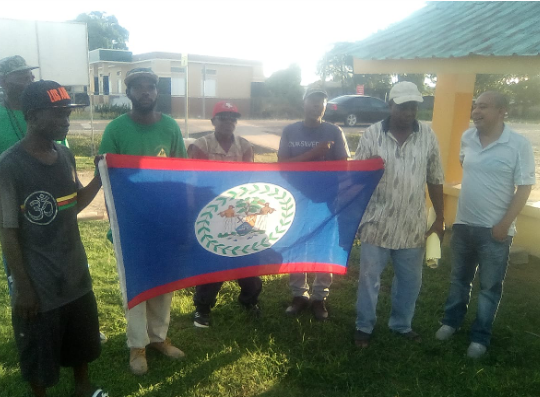 By BBN Staff: The Southern Workers Union is staging a peaceful protest today outside of the Southern Regional Hospital (SRH), to advocate for better delivery of health care services.

The SWU invited the general public to join them this afternoon at 4 p.m. at their office on Havana Street, Dangriga Town, and walk over to the SRH. The union says that the delivery of service has been below a reasonable standard for a long time and stress to concerned citizens that it is actions, not prayers that will effect the change needed to improve the service. The union noted that several people have died at the SRH, and that those deaths were preventable if the patients had received adequate care.

Director of Health Services Marvin Manzanero spoke with our newsroom this afternoon, who said he was made aware of the impending protest but did not have any details regarding the SWU’s concerns. He said that he contacted the regional manager for the Southern Health Region earlier today; however, the manager was also unaware of the specific concerns the union is trying to have addressed.

“I know we are not perfect, machines may be down or the hospital may have low bed capacity as we are fighting a dengue epidemic, but we would be the best ones for them to speak to if they feel there is something that needs attention,” Manzanero said.

The SWU held a protest in front of the SRH last October 2018 over the deaths of Jayeisha Parchue, 20, and Elroy Flores, 52, who both died that year. Flores had died after being discharged from the SRH, having been told that he was well enough to leave.

Parchue’s family said that the hospital repeatedly sent her home and she kept going back with pain. By the time the staff found out she was in imminent danger and tried to assist, she died at the hospital waiting to take an x-ray. The SRH has been in the news several times for other issues such as the morgue malfunctioning.