Bandits and Verdes win big this weekend, will clash at Broaster in Belize’s ‘El Classico’ next week 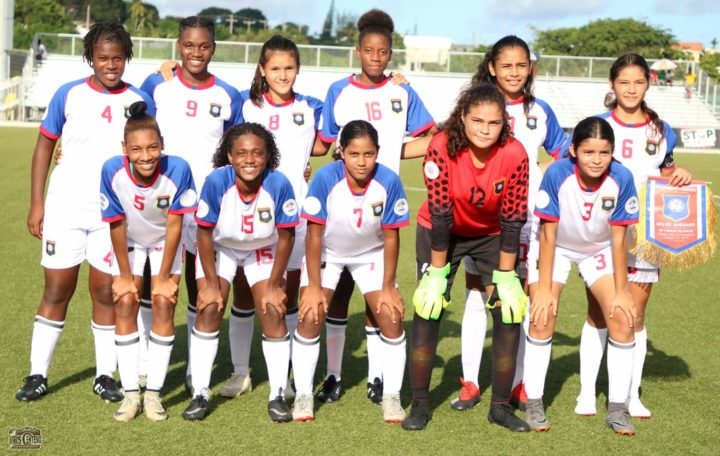 By Aaron Humes: At halftime it looked as if the Belize U-17 women’s side’s dreams of a regional championship appearance were slipping away, trailing 2-0 to St. Kitts and Nevis.

But number 10 Katie Jones took the game by the neck in the second half, and aided by a panicky Kittitian defense, scored 4, securing a 4-3 final result.

Jones scored twice in the first five minutes of the second half, but the winners were more comical, with the goalkeeper misreading the third and the entire defense caught sleeping on the fourth, allowing Jones to walk it in.

St. Kitts recovered late for a third, but two point-blank efforts at the end were denied and Belize currently is in the driver’s seat for one of the last four slots in next year’s CONCACAF championship.

Hosts Barbados could still steal it at the last if, as expected, they beat group whipping girls US Virgin Islands. But Belize can be proud, in any event, of a superb performance on the road in Little England.