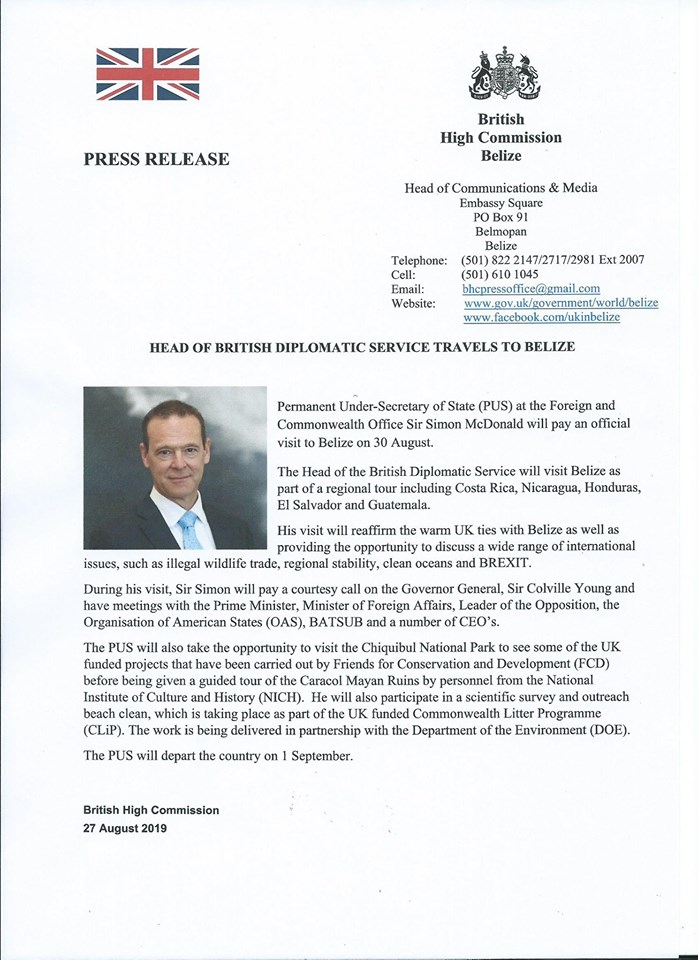 By BBN Staff: The Head of British Diplomatic Service, Sir Simon McDonald, is coming to Belize on August 30, as part of a regional tour.

McDonald, the United Kingdom’s Permanent Under-Secretary at the Foreign and Commonwealth Office, will be visiting Belize, Costa Rica, Guatemala, El Salvador, Honduras, Nicaragua, and Guatemala during the tour.

According to the British High Commission, McDonald will be reaffirming the U.K.’s friendly relationship with Belize as well as discussing various international topics including illegal wildlife trade, clean oceans, regional stability and BREXIT( the name given to to the UK’s departure from the European Union).He will also be taking part in a scientific survey and outreach beach clean which is taking place under a UK-funded programme in collaboration with the Department of the Environment.