Belize on his back: “Max Pain” headed to fight in Mexico 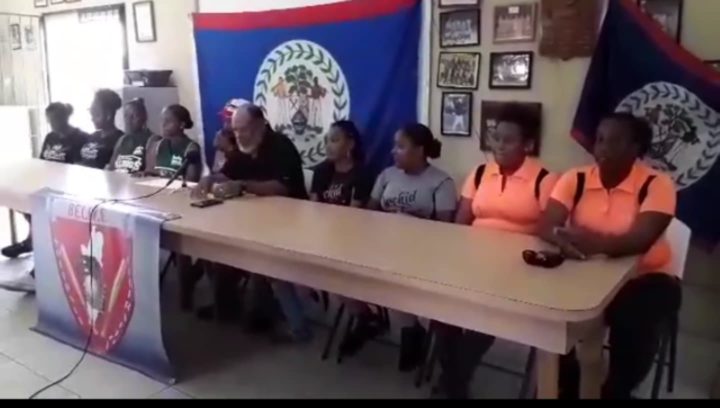 By Aaron Humes: Eight of the nation’s best women’s softball teams congregate at the sport’s mecca, Rogers Stadium in Belize City, this weekend to determine the 29th national champion.

Placencia takes on Burrell Boom and Roaring Creek face Belize City Digi, after which the tournament goes double elimination until there is a winner on Sunday.

Tournament Director Keith Madrill told us softball in Belize is in rebuilding mode after the glory days of the 1970s and 1980s, which saw two Pan American Games bronze medals and an upset of the United States among the highlights.

But the competitive fire still burns between the first two combatants, one a former champion ousted early last year, the other returning to center stage after 20 years away.

But what will it take to win it all? For Floyd Flowers and the Bulldogs, a mother-daughter combo of first baseman Rita Davis and pitcher Renesha Rodriguez may be the answer.

For 19 year old Asher Davis’ Arrows, its all about offense – getting the ball out of cozy Rogers Stadium.

Either way the prize is lasting recognition and a trip to the regional championship later this year.

Softball Federation President and sporting icon Jude Lizama says the Federation is doing its best to keep the sport available, including embracing technology. This weekend’s games will air on the National Channel andupdates will be provided on the Federation’s social media.