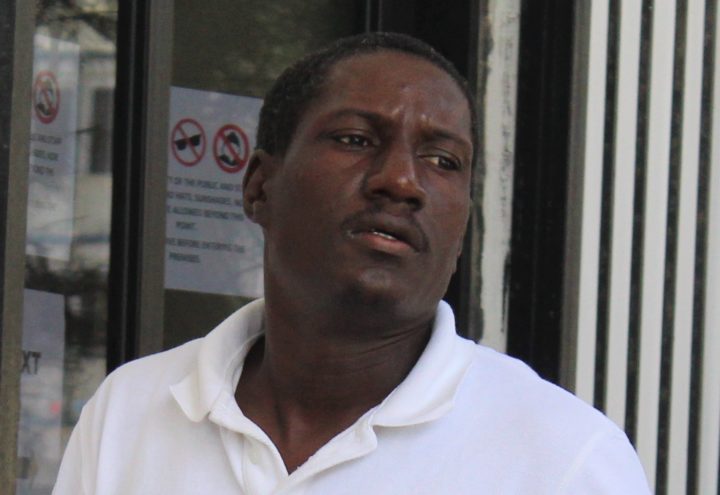 By Aaron Humes: Already charged once and under a restraining order, 34-year-old Allison Cuthkelvin was caught once again burglarizing his former partner’s home.

He has been sentenced to a total of five years in prison – two for the first burglary which he is already serving, and three handed down after he changed his plea to guilty before Chief Magistrate Sharon Frazer.

Cuthkelvin admitted in court to cutting a hole in the ceiling of the Lacroix Boulevard residence of his daughter’s mother in February of 2018, staying there until she left, then stealing her microwave. But police caught him red-handed the following day.

Cuthkelvin admitted in court that he was not allowed to enter the home that day, as he and his ex were having problems, but he tricked her in order to commit the burglary. He begged for leniency ‘to stay in his daughter’s life’.

But he was undone by his prior theft from the house of various items, and foolishly deciding to do it again while on bail for the first offense.

The Chief Magistrate imposed sentence of three years to run concurrently with the original two year sentence, of which he has already served a year.