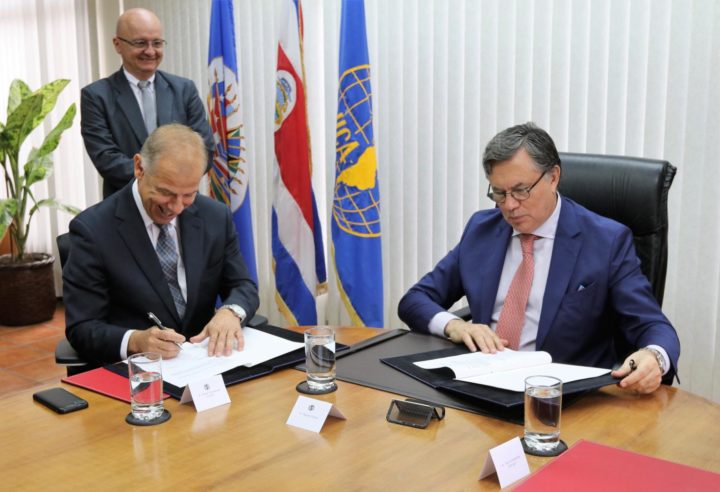 By BBN Staff: The U.S. Dairy Export Council (USDEC) and the Inter-American Institute for Cooperation on Agriculture (IICA) today announced a new partnership designed to strengthen collaboration between the U.S. and IICA to promote science-based regulations and policies affecting trade in food and agricultural products.

The Memorandum of Understanding (MOU) signed by USDEC and IICA will deepen coordination between the organizations to advance development and adoption of science-based international standards. USDEC and IICA will also partner on initiatives that support training of scientists throughout the hemisphere to increase readiness, promote food safety, and proactively combat non-scientific regulations that negatively impact dairy products.

“We are delighted to be a small part of the great work that IICA already does in promoting science-based regulations and to support their engagement with experts in Central and South America on technical issues. Strengthening these relationships will provide additional tools for countries in the region to accomplish IICA’s shared goals: promoting science-based regulations and enhancing scientific excellence in food and agriculture,” said Jaime Castaneda, USDEC’s senior vice president of trade policy.

Additionally, the MOU will seek to promote the adoption of outcomes-based policies and practices that enhance food safety, improve animal health and welfare, and facilitate fair practices in trade throughout Latin America.

“This agreement will play a crucial role in bolstering IICA’s efforts to harmonize the implementation of science-based health, safety and quality standards for food,” said Manuel Otero, Director General of IICA. “It is important to foster new agreements with the private sector in order to broaden the impact of actions carried out for the benefit of agriculture and rural communities”, he added.

The MOU signed with IICA will complement the agreement USDEC previously signed with the Pan American Dairy Federation (FEPALE) and provide USDEC with an additional channel to communicate and engage with stakeholders in Latin America.

IICA is the specialized agency for agriculture in the Inter-American system, with a mission to encourage, promote and support its 34 Member States in their efforts to achieve agricultural development and rural well-being through international technical cooperation of excellence.