Catastrophic damage across the Bahamas caused by Category 5 Dorian

Altitude is big Premier League winner; Belize stop St. Vincent in back to back friendly matches

After 2 days of competition and unbeaten, the Belize Bank Bulldogs is the 2019 national softball champion 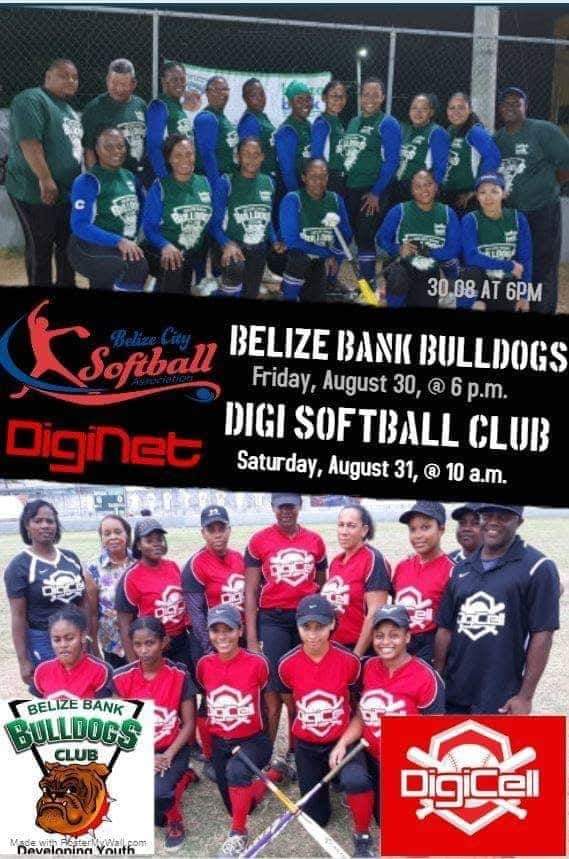 By Aaron Humes: The 29th National Women’s Softball Championship ended a short while ago at Rogers Stadium, with the Belize Bank Bulldogs dealing a 10-3 whipping to the Roaring Creek Grace Kennedy team in the final to claim the 2019 championship title.

Friday night saw the Bulldogs give Bermudian Landing a whipping, 25-0, followed by a 10-7 victory for Unitedville Rebels against Independence United.

Bermudian Landing were then eliminated by Independence, 10-1; Digi knocked out Burrell Boom 14-6, while in the winners’ bracket, Bulldogs took down Unitedville, 8-1, and Roaring Creek beat Placencia, 8-3.

The final match was a rematch between Unitedville and Independence, which saw the Cayo side blank and eliminate the southerners 10-0 in five innings.

The Bulldogs are the 2019 champions, Roaring Creek are second and Digi third.