Catastrophic damage across the Bahamas caused by Category 5 Dorian 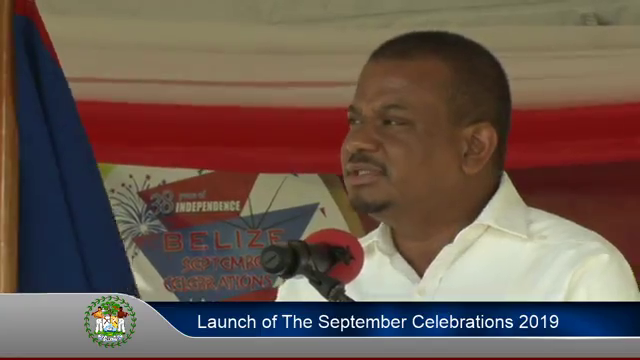 By Aaron Humes: The September Celebrations are here, officially launched on Saturday morning in the southernmost town of Punta Gorda, Toledo District.

The 221st anniversary of the Battle of St. George’s Caye and 38th anniversary of independence are being observed under the theme, “From Maya Grandeur to Modern Glory Together Let Us Shape the Belizean Story.” Cane farmer Eloy Escalante of Orange Walk Town was awarded his prize for his submission during the ceremony.

And according to Deputy Prime Minister (DPM), Minister of Culture and Co-Chair, with Sapna Budhrani, of the National Celebrations Commission Patrick Faber, this theme encompasses our very best – from the youngsters who represented us well in regional sport, to the beauties gracing Birds’ Isle for Queen of the Bay, our services and cultures and much more.

In his address, DPM Faber suggest that with all the blessing Belize has, he now understands why Guatemala wants Belize so much. Faber said the September Celebrations are our annual chance to celebrate our cultural and historical heritage and paying tribute to those who came before and built the foundation we all now stand on.

After a run of many years in Belize City and later St. George’s Caye itself, the launch has been moved by lottery to Orange Walk, San Ignacio last year and now Punta Gorda. Next year’s event, selected by lottery, will be held in Dangriga, Stann Creek District. The main ceremonies continue to be held in the Old Capital, Belize City (for the 10th), and the new capital, Belmopan (for the 21st.)